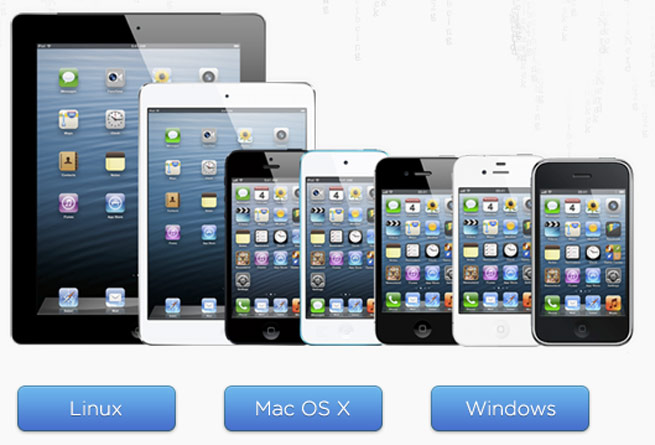 So you like your iPhone 5 or iPad 4, but want to live outside of the app store’s “garden of pure ideology?”

You’re in luck: A group of hackers known as evad3rs has released the first jailbreak for iPhone 5, EvasiOn.

The EvasiOn website says the jailbreak is compatible with all iPhone, iPod Touch, iPad, and iPad mini models, as long as you’re running iOS 6 or the recently-released 6.1, and has released desktop jailbreak kits for Mac, Windows, and Linux. The group also says the jailbreak is safe … if you back up your phone or tablet prior to attempting the jailbreak, you can always restore your original system and data.

That is, of course, if you trust an anonymous group of hackers with complete root control of your device. What could go wrong?

Jailbreaking your phone allows you to install apps that are not authorized by Apple, and in fact a non-Apple app store: Cydia, which aggregates and installs apps that are not on the official app store. An untethered jailbreak, such as this one, survives multiple device reboots without needing to be reapplied.

As ExtremeTech mentions, this jailbreak means that Apple’s system-on-chip built into the Apple A6 processor has been cracked. No details have been released on how that actually happened, since those would then help Apple seal the leak.

One unfortunate detail, to those who want their devices to be free. According to one iOS hacker, the new software is a “userland jailbreak,” which exploits holes in iOS 6, but not the underlying layers of the system like the Bootrom. That means Apple can block it simply with a system update.

Other challenges, according to the FAQ EvasiOn has put up, include that users are experiences crashes on some standard apps, such as the Weather app. Another user reports that his iPhone was not charging after jailbreaking — which sounds like a hardware issue — and yet another user said his “sound died after jailbreaking.” And, of course, it does void your Apple warranty.

As the saying goes, YMMV.