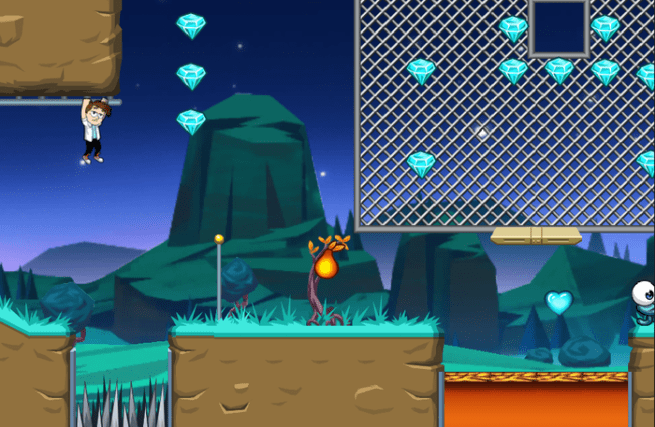 Minecraft has changed everything. It’s clear that a big chunk of people who play games also want to build things, and that’s what Tom Hall is trying to provide them with his new Kickstarter project.

A veteran of id Software and one of the creators of games such as Commander Keen, Wolfenstein, and Doom, Hall is looking to raise at least $400,000 on the crowdfunding website for Worlds of Wander. The game creator is compatible with Windows, Mac, Linux, iOS, and Android.

“Worlds of Wander is a platform game-creation tool,” Hall told GamesBeat. “You make games in it. It comes with the first game made in the tool, my own Secret Spaceship Club. I am showing folks you can obviously make a game in it — because I just did.  And it’s much easier to fiddle with something like this if you start with something done already.”

“The story [of Secret Spaceship Club] is in my quirky universe, with funny characters, charming story, environments, monsters, and a bit of a smart-aleck attitude I got from watching Chuck Jones cartoons as a kid,” said Hall. “And the characters will have alter-egos once they join the Secret Spaceship Club.”

The developer used his Worlds of Wander tool to build this game, and that’s really what the Kickstarter is all about — an outlet for creativity for people who want to build platformers. 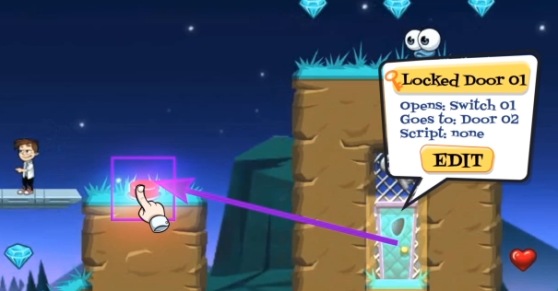 The utility uses a simple and advanced editor to help ease amateur designers into building a game.

“The Simple Mode in the editor lets you use things as they are provided,” said Hall. ” The Advanced Editor lets you change scripts on things, how they work, and add simple cutscenes, have more complex NPCs, and so on. But most of the editing will happen in Simple Mode.”

And it does look simple. Everything is drag and drop, but Worlds of Wander doesn’t kill would-be designers with hours of mindless design. The editor uses smart tools that complete structures and landscapes automatically based on a few drags of the mouse.

“Once you’ve made a lot of levels, going forward into Advanced Mode can be done by most anyone,” said Hall.  “If you don’t want to radically change the behavior of something, it will just be accessing more features. Only if you want to reprogram an actor or platform of something, will you get into the scripting language level.”

While Worlds of Wander will only ship with one complete game, Secret Spaceship Club, Hall expects users to fill the platform with their own games. We know that gamers crave to create, but it’s just a question of providing them the right tools.

No better way to find out if Worlds of Wander is the right tool than to present it as a Kickstarter.