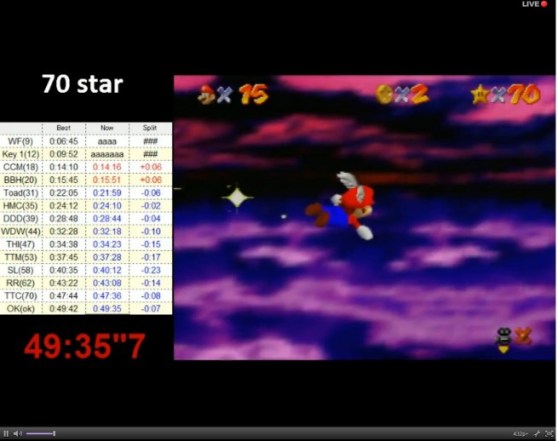 Anything goes during a speedrun. The briefest runs often take advantage of exploits within the game mechanics, such as invincibility frames or shortcuts not intended by the developer. Whether it’s a 25-year-old Nintendo Entertainment System (NES) title or a current blockbuster game, a great speedrun is always a feat to behold, taking hundreds of hours and countless failed attempts to perfect. And now, you can watch the seemingly impossible as it happens.

The long-honored tradition of speedrunning involves playing a game to completion as quickly as possible. Speedrunners from all over the world compete against each other for the best times (and sometimes inclusion in the Guinness Book of World Records). With the increasing popularity of livestreaming, speedruns have taken on a new life, and the stakes have been raised.

Jared Rea is the community manager at the popular livestreaming site Twitch.tv. Rea has held community-related positions at both Ngmoco and PlayStation, and before that, he worked as a game journalist for sites like 1UP, Joystiq, and The Escapist. He knows games, but more importantly, he knows gamers. He is one, first and foremost, but he also understands what appeals to whom and why. GamesBeat recently spoke with Rea about the rise of speedrunning and whether the gaming subculture can ever compete with the mainstream world of e-sports.

GamesBeat: Speedruns have enjoyed a very strong niche following for quite some time. What makes you think they’re more popular now than when they started popping up fairly regularly on YouTube years ago?

Jared Rea: The audience consuming speedrunning content these days is far larger and far more diverse than it’s ever been. On Twitch alone, their numbers have begun rivaling a lot of our e-sports-related channels that regularly top our directories. When it comes to the more popular speedrunners, their unique viewers per live session surpass popular YouTube recordings of speedruns that have been available for years. When they’re close to breaking a new record, you start seeing Reddit threads pop up, social media influencers chatting about it … it’s something that’s been a very long time coming, and it’s great to see more and more people come to appreciate the craft that’s being put on display. 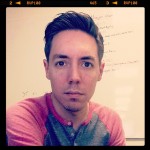 GamesBeat: Which titles have you noticed are particularly popular for speedruns on Twitch, and why do you think speedrunners and viewers gravitate towards those games or genres?

Rea: Classic Nintendo titles are definitely the most popular amongst the speedrunners on Twitch. Super Mario 64, The Legend of Zelda: Ocarina of Time, Super Metroid … these are not only legendary games that a lot of gamers grew up on, but they’re also a lot of fun to both spectate and speedrun. Taking these three for example, they all have a lot of bizarre glitches to exploit, and when a game has more potential tricks for the speedrunner to show off, it creates a sense of tension and anticipation for the viewer — especially if the player already has a great run going. Will they risk their current performance to shave off even more time? And if they fail, how will they manage to recover? Is there a back-up plan? Watching a great speedrunner perform live is a lot like watching a high wire act in that at any moment, that rush of excitement can turn into complete disaster for both the player and viewer alike.

I often wonder — and maybe this is just the Sega fan inside of me — why are Nintendo-developed titles the most popular to speedrun? Nostalgia aside, I believe a lot of gamers find that Nintendo’s classic library simply stands the test of time better than most. Whether you love them or you hate them, there’s no denying that Nintendo’s first-party efforts are very mechanically sound even if these players have found cracks in their foundations. When I watch a player such as Trihex play Super Mario World 2: Yoshi’s Island, I’m not only amazed by his technicality but the gameplay mechanics behind the scenes. It’s a lot easier to devote hundreds of hours to perfecting a game when the game isn’t trying to fight you for control.

GamesBeat: When Freddie Vasquez’s 30-minute Dark Souls speedrun went live last year, some commenters felt it “didn’t count” since he used (non-tool-assisted) exploits to skip large chunks of the game. What do you think signifies an authentic speedrun?

In my opinion, so long as there’s not any kind of third-party hardware or software influencing the outcome, it’s authentic. What makes the speedrunning community on Twitch so great is that a lot of them run their games on the original hardware, and you can see this on their webcams. It really helps in creating that air of authenticity and dispels any doubts you may have while watching. It is one thing to watch a of CosmoWright performing the The Legend of Zelda: The Wind Waker floating death trick, but it’s entirely different to watch him live, manually mashing the button Track & Field style.

Tool-assisted speedruns are a double-edge sword for speedrunning. On one hand, they’re harmful to the community since they confuse newcomers and set unrealistic expectations [for] legitimate runs. On the other, they help expose weaknesses in the game that can be exploited. Lots of folks have seen the TAS of Super Mario 64 in five minutes thanks to a long jump bug, but if it weren’t for that, Siglemic wouldn’t have that trick in his arsenal to perform for real and without assistance.

GamesBeat: If some of our readers wanted to check out some speedrunning on Twitch for themselves, what channels would you direct them to?

Rea: Your first stop should most definitely be Speed Runs Live. They’ve really been at the forefront of embracing Twitch as a platform to showcase their skills, and their stream directory, powered by the Twitch API, really reflects this. It’s a daily destination for a lot of us at Twitch HQ. As for specific speedrunners, Siglemic [Super Mario 64] and CosmoWright [The Legend of Zelda: Ocarina of Time and The Wind Waker] are the torchbearers and are great representatives for their community. I also really enjoy watching Trihex [Super Mario World 2 and Jet Set Radio], GoronGuy [The Legend of Zelda Majora’s Mask], dxtr [Ninja Gaiden and Batman], Funkdoc [Castlevania], pydoyks [co-op Secret of Mana] … and the list could go on and on.

GamesBeat: Speed Demos Archive has long been the gatekeeper for speedruns, both on their own site and YouTube. Do you feel like Twitch can coexist or even partner with them, or are you more of a competitor?

Rea: We’ve simply built the platform, and we’re extremely grateful that amazing communities such as Speed Demos Archive have chosen to go with us for their broadcasting needs. Their annual Awesome Games Done Quick event for 2013 was the biggest charity event we’ve hosted, raising over $450,000 for the Prevent Cancer Foundation. That’s totally insane, and we were really proud to feature that event. We’re not here to compete with content creators; we’re the platform, and we’re here to provide them with the tools they need to both create and continue their success.

GamesBeat: Despite the popularity of the occasional mind-blowing speedruns, the subculture doesn’t seem to have gone as mainstream as, say, e-sports have. Do you expect that to change in the coming years, and why?

Rea: This is an interesting situation because, while I’m very bullish on the continued growth of speedrun channels and its presence on Twitch, I don’t see it breaking through the mainstream, per se. You’re not going to see Siglemic on a can of Dr. Pepper, and you’re not going to see people buying tickets to watch speedruns on the big stage. And that’s not really the point, either.

Speedrunning has gained popularity not because it’s some sort of grand spectacle that’s easily marketed — because it’s not. It’s come into this incredible growth because it’s a very intimate, genuine gaming experience. It’s compelling because you’re gaining an incredible amount of insight as to what it takes to become the best in the world at specific games. It humanizes inhuman talents, and by tuning in, you get to watch their success, their failures, and their discoveries so that when they finally do achieve that miracle run, there’s a genuine emotional impact that comes along with it. It’s something you can’t get from a recording, and it’s what makes it so addictive and so inspiring.