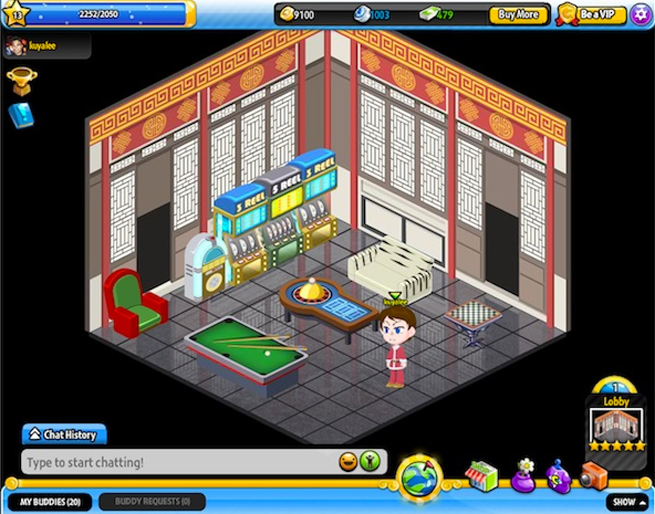 Described as “Second Life meets Farmville meets Las Vegas,” Chumba World is a first-of-its-kind social casino sandbox. Players can build their own digital Bellagios, customize their avatars, and even create variations of slot machines and table games, including Blackjack, Roulette, and Video Poker. They can then host other players and share their creations, or embed them into their own websites and blogs, potentially earning real cash through a traffic-based revenue share with the Chumba platform.

Although the MMO is nearly finished, VGW is asking for $50,000 on Kickstarter to get it over the finish line. “Though we’ve raised money from private investors here in Australia, to complete much of what we’ve done to date, a platform/MMO/casino undertaking of this size is pretty ambitious and requires a lot of resources,” said Escalante. “The Kickstarter campaign will help us with some tangible financial support to help us finish it (which is always welcome of course, being a relatively thinly funded startup in this space), and help us build community momentum.”

More importantly to Escalante, the crowdfunding campaign will allow his team to get feedback from a potential player base on what content they’d like to see in the MMO. There are currently eight games available, according to VGW, and more are in development, including Poker, Bingo, Keno, and Baccarat.

If the developer reaches its Kickstarter goal, it says it will release Chumba World within six months of the campaign’s close.