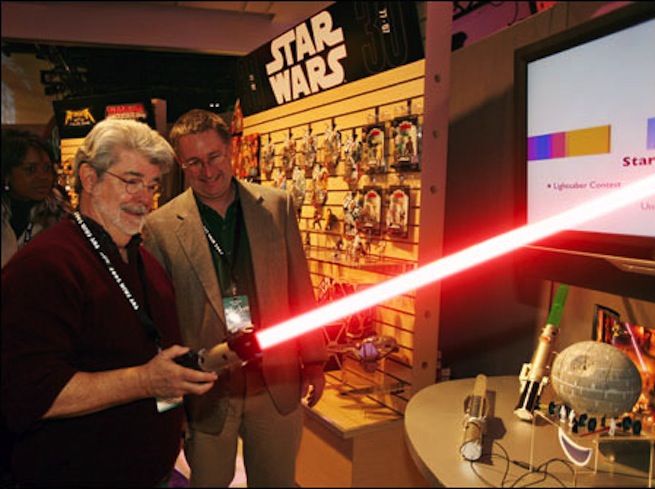 If walking the path of a Jedi requires you to give up all wealth and material possessions, then Star Wars creator George Lucas has reached the halfway point in his journey.

Lucas donated $2 billion to education charities back in October, which accounts for roughly half of what he made from selling LucasFilm to Disney.  And now, a little over a month after the sale was approved by federal regulators, he’s decided to sell his entire two percent stake in Disney, according to an SEC document filed today.

According to the document, Lucas will sell 37,076,679 shares of Disney stock at $53.77 each. The stock sale will give him another $2 billion, which he’ll then need to surrender if he ever wants to reach the level of Grand Jedi Master.

Some are suggesting that the move is yet another example of how much faith Lucas has in Disney to continue the Star Wars legacy, which includes a new trilogy of movies (Episodes 7, 8, and 9) and several spin-off films. Thus far, fans seem happy with the decision, too, as all-star sci-fi director J.J. Abrams was recently named as the director of Star Wars Episode 7.

Via TechCrunch; Photo via mnikita7/Flickr