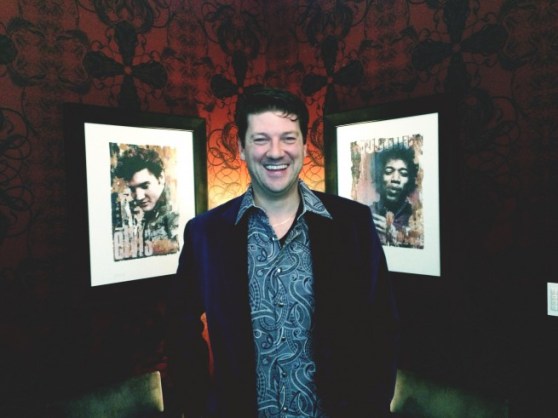 Update: Randy Pitchford has addressed the controversy and confusion created by the response to this interview on his personal Twitter:

@guggerbunk can you please tell them to calm the fuck down. Take-away: it’s hard and expensive, but we’re committed.

@guggerbunk I’ll say: 100% chance of a level cap increase this year, but 5050 on unforeseen consequences that some people will rage about.

As part of a larger discussion with Gearbox Software president Randy Pitchford, I wanted to get the outspoken and enthusiastic developer’s thoughts on the Borderlands 2 level cap. The original Borderlands received two level cap increases, eventually raising the maximum character level from 50 to 69. But with Borderlands 2, even after three downloadable-content (DLC) expansions, the cap remains at 50, where it started.

Pitchford explains the approach the team is taking to increasing the Borderlands 2 level cap, as well as some very forthcoming and insightful challenges in what raising the cap means for both player and developer. As a bit of context, Pitchford mentioned that as of December, only an estimated 16 percent of Borderlands 2’s player base has obtained at least one level 50 character.

GamesBeat: So, after I hit level 50, I completed one more quest, and I got a bunch of [experience points], but it didn’t go anywhere because I was maxed already. And I thought, “Crap. I don’t want to play anymore!” [Laughs] And I’ve seen a lot of similar comments from people waiting to do the DLC because they’re already at level 50.

GamesBeat: It even says in the Achievement, “Capped out … for now.”

Pitchford: Yeah, for now, right. That’s a good indicator. We did it in Borderlands 1. 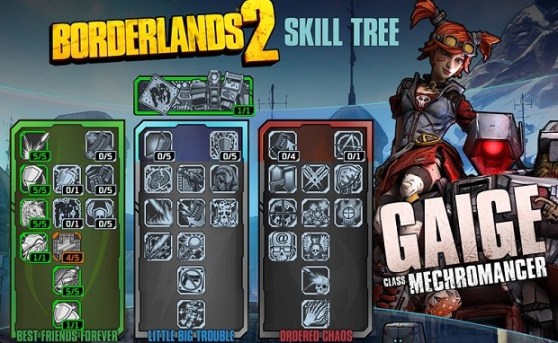 GamesBeat: Especially with my Commando, there’s all these skill tree combinations that I want to do that I just need a few more skill points to get to.

Pitchford: That’s by design. Some of those things start to become game-breaking. This has actually created a huge problem for us. We designed the skills really well this time, but we did, for better or for worse, make a lot of the decisions with the knowledge that there will be no more skill points available to put into any trees after you reach level 50. We knew the impossible configurations. Some of the design exploits that. Some of the impossible configurations, if they were possible, would break the game. Sometimes very literally. “Oh, that’s gonna blow memory. Your Xbox will crash.”

So now we’re in a world where … . We, as customers and gamers ourselves, hear the fans. People want to level up more. It makes sense. We totally get it. We did it in Borderlands 1, so we have the precedent. And we’re gonna break our fucking game if we change the math. If we change it up, who knows what the balance will do? People don’t want to just level up. They also want the game to level up with them. If I’m level 55 and everybody else is level 50, it’s a walkover. I want to get level 55 gear if I’m level 55. I want to fight level 55 enemies. Then we have to make the whole game over again.

It becomes this really … “oh, shit, have we painted ourselves into a corner here?” Yes, the Achievement indicates that some of us, somewhere, wrote that Achievement and anticipated it, just as many customers do, because of the last game. But we’re now in this world where we’re confronting the reality of what it means to do that work, and it’s terrifying and challenging. It’s easy to imagine, when we’re playing the game, “We could just change the number, and everything would be fine.” No, dude, there’s a lot … . This is the most fundamental thing about the game. It’s a big deal.

GamesBeat: Are you saying that … you used the word “anticipated.” But you didn’t map it out much ahead of time?

Pitchford: No. When we finished Borderlands 2, everything that we imagined was in Borderlands 2. Once that was finished, OK, now what do we do? We had just started asking ourselves, “OK, do we want to level up some more?” All of us do. A lot of us have level 50s as well. It’s time to tackle that. We dug in, and we were like, “Oh, shit. This is really hard. This is going to take a lot of time. It’s going to be really expensive. Oh, my God.” And we’ve got all these other priorities and all these other things to do. So we’re in the middle of that. That’s the world we’re living in right now. We’re excited about the goal, both as gamers and as creators. But … I mean, I’m not gonna lie. It’s a big challenge. It’s a big undertaking. It’s not going to just turn on. It’s a thing we have to work ourselves through.

GamesBeat: How do you feel about …

Pitchford: By the way, I don’t know where the story ends, either. We’re in the middle of it. There might be things that aren’t going to work the same way. We might have to radically change the game. We have to think, “What’s more important? Do you we maintain these skills, or do we let people level up? What if we have to change skills?” We shipped the game with this shield that was totally broken.

Pitchford: Yeah, the Bee. A player that’s spec’d right can just melt the hardest boss in the game solo in like four to five seconds. That’s obviously not by design, right? If you go in, and you can melt Terramorphous in five seconds because you’re using a Conference Call and a Bee shield and you’re spec’d with a Gunzerker for throughput, that’s clearly not any designer’s intent. That’s a bug. That’s the one nerf we’ve ever done, and we got so much rage. 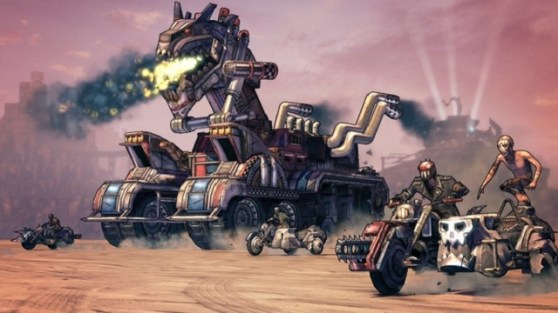 Pitchford: It was a number of related things. The way we had divided up certain effects across weapons … . The shotgun, for example, we did the math wrong. Every single pellet was being affected instead of just the shot. Then, when we fixed it, we did the math wrong again. We did it wrong differently. It’s really complicated stuff, so I forgive us. [Laughter] The intent was beautiful. The intent and the commitment to improve was there. That’s really important. But I’m grateful. We were going fast, too. We do this thing, and we know people want it. It looks right, and it feels right, and we test it, and we deliver it. Then suddenly we’ve got 6 million beta testers. “Oh, we found something.” “Oh, shit, we didn’t see that.” We did a lot of testing, thousands of hours. But we didn’t notice that because the fans have done millions of hours in one day.

GamesBeat: I feel like a lot of people expected the DLC to raise the level cap. That was what they were waiting for, and then it would also help them get more out of the DLC and their season pass.

Pitchford: I think that’s a fair expectation because we did offer a level cap increase in Borderlands 1 in line with the third DLC.

GamesBeat: And then another one after that.

Pitchford: Yeah, we did another one that wasn’t … . Actually, that one was just detached. We felt like we made a mistake when we attached the level cap increase to the DLC. The second level cap increase in Borderlands 1 was completely detached. You didn’t have to buy a DLC to get it. That was a different kind of mistake. We learned lessons from that step as well. We did fix the earlier mistake, but there are others.

Pitchford: You try it differently. “Oh, there’s some things with that too.” So we learn. We don’t want to make … . We are taking risks, and we are in uncharted territory very often, especially with this game. It’s a wild game. We haven’t done it before. No one’s done this kind of game before. We will make big mistakes, and we’ll make them often. But I’ll be damned if we want to make the same mistake twice. Our approach on this one is to try not to repeat mistakes we’ve already been aware of, that we’ve already experienced.

At the same time, we don’t want to make new mistakes. They’re inevitable when you do things you haven’t done before. Sometimes you stumble when you push yourself harder and you’re trying to run faster or whatever. We forgive ourselves, pick ourselves up, and keep running. We don’t cry and stop running because we skinned our knee. We definitely do not want to repeat mistakes we made before. Sometimes we trap ourselves. We get painted into corners on things. It’s tricky. But we’re committed to it. But yeah, I think that’s a fair expectation, given Borderlands 1. 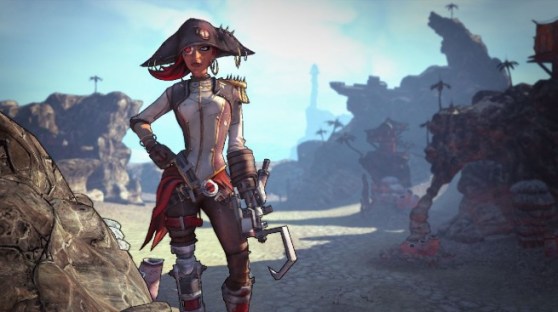 Check back to read the full interview with Mr. Pitchford next week.