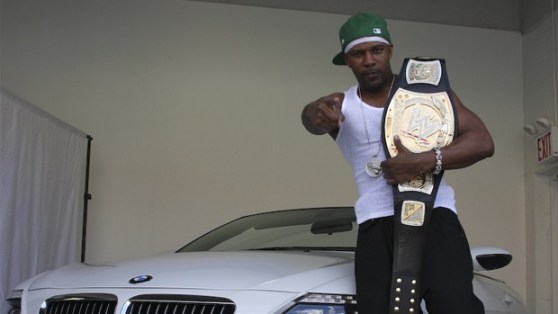 Yesterday the Entertainment Consumers Association (ECA) announced its new brand ambassador: the HipHopGamer, aka Gerard Williams. This struck some as questionable, given that Williams is notorious for his frequent use of derogatory language toward women and homosexuals, his open use of plagiarism, and for threatening journalists at press events with physical violence.

According to the ECA website, the association was “founded to give gamers a collective voice with which to communicate their concerns, address their issues and focus their advocacy efforts,” and it commonly lobbies the government to make or prevent changes to video game-affecting legislation.

“Williams’s active engagement with fans and critics alike will provide a springboard for discussion, a catalyst for action that the ECA can help support,” reads a press release from the organization.

Since the announcement was made, some commenters have taken issue with Williams’ behavior.

“Our industry desperately needs to show the general public that we are composed of mostly rational, reasonable, mature adults,” reads the highest-rated comment from the ECA Facebook. “HipHopGamer/Gerard may well be a perfectly nice guy in person. However, the general public/press isn’t going to dig that deep or give the benefit of the doubt.

“They’re instead going to make note of his public usage of ‘rape,’ ‘faggot,’ his threats of violence, and his ‘what would they be like in bed?’ sections of his ‘Hot Girls in Gaming’ segments. Is this really the public face we want to put forth for an industry that struggles continually with the misconception that we’re all a bunch of offensive, immature deviants?”

Heather Ellertson, the ECA’s vice president of marketing, sent out the following message four hours after the announcement:

“Gerard approached us wanting to know what he could do to help the cause. He’s in the process of turning his life around, becoming more professional and inspirational to his friends and followers. It’s exceedingly rare that we have individuals approach the organization laying it all out there, offering to do whatever they can, and asking for nothing in return. While we weren’t aware of any of his perceived transgressions online, we choose to embrace his support, his efforts, and his selflessness. If we were all judged solely upon the negatives in our past, we would all be damned. We would like to give him the opportunity to be a voice for gamers and a positive role model for gaming.”

Pay special attention to that last sentence. Below is the second highest-rated comment on the ECA Facebook thread, which seems to perfectly echo the general sentiment on other sites that covered the news:

“So you’re saying you did little to no research on who your publicly facing brand advocate would be? Do you think any major company would hire a PR person without doing some preliminary research? This reaffirms my belief that the ECA is not an organization that accurately represents my interests as a member of the game industry.

“Being passionate and popular with your followers is great, but it doesn’t necessarily mean that they’re the best choice to be the publicly facing personality to represent your ‘brand’. A desire to change is also fantastic, but I maintain my stance that most of the nongaming public isn’t going to see or care about that. Instead, they’re going to look at what’s already out there and see someone who equates rape to love, and uses faggot as a derogatory slur. That’s not me as a gamer, and it certainly isn’t me as a member of the professional game industry.” 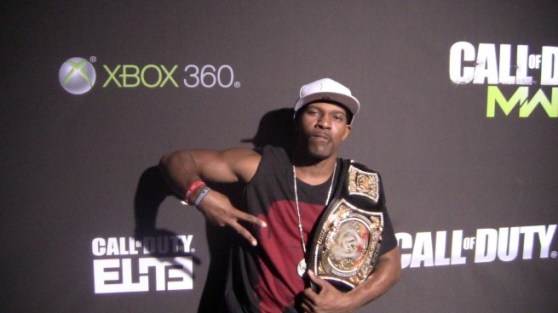 Above: Williams with his signature WWE replica belt that he won at a press junket.

A few hours later, the ECA responded one final time:

“Thank you all for your input. It is being taken seriously. Gerard is not employed by the ECA nor is he the ‘voice’ of the Gamers we are fortunate to represent. He volunteered his services, and wanted to help spread awareness about the message the ECA, and it’s [sic] members are constantly speaking of.

“Anyone can become a brand ambassador for the ECA. We hope that some of you are interested in becoming one.”

It might be too early to say what the actual fallout from this, but several of the ECA’s Facebook commenters have noted that they intend to leave the organization.