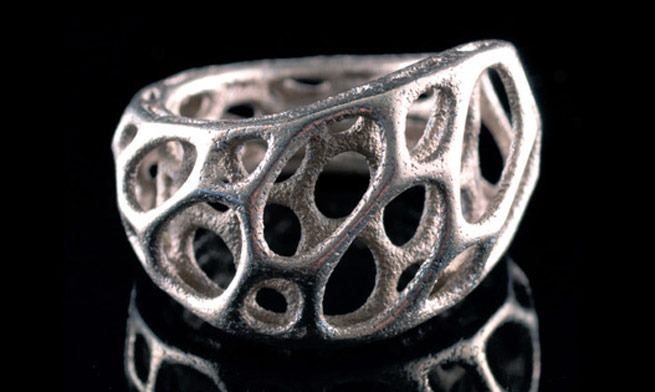 In the future, any new product designs will be instantly copied, 3D scanned, and re-sold as 3D printing instructions, meaning that anyone will be able to own just about anything, almost for free.

That might sound a little futuristic — and utopian or dystopic, depending on which side of the intellectual property debate you stand on — but it’s already happening.

Wired Magazine caught 3DLT, a marketplace for 3D designs, stocking and selling designs for 3D printed objects that it did not own, and did not have the rights to re-sell. 3DLT sells STLs, which are essentially documents in the Standard Tessellation Language which many 3D printers use to create objects. Essentially, they are programs or recipes for building physical things.

The products 3DLT were selling belonged to Nervous System, a “generative design studio” that writes “computer programs … to create unique and affordable art, jewelry, and housewares.” 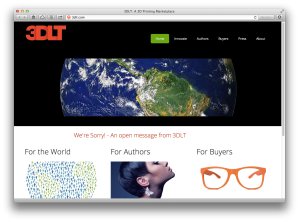 3DLT has since apologized for the snafu, saying that the site is in beta, and the products and images portrayed on the site “were being used as placeholders and were not approved for use.” In addition, while the products shown were unapproved, the actual downloads were not 3D designs but random zip files, which makes the company’s statement fairly credible. (I could not reach CEO Pablo Arellano Jr for comment.)

But the incident does highlight some of the interesting challenges of the future.

What happens to designs when anyone can copy them? Will there be a marketplace for “bootleg” 3D designs that quasi-legal companies operate on the fringes of the law? Will 3D printers have to contain copyright enforcement technology that watches what you do in your home and ensures you only print approved, licensed designs? (And only one of them, unless you pay more.) Will governments force 3D printing companies to install spyware that ensures people don’t print weapons?

The answer to a lot of those questions is yes, and it’s happening already.

The Pirate Bay already has a category for 3D printed objects, what they call “physibles.” People on the cutting edge are making guns, or trying to, with 3D printers. And the fabulous unlimited world of 3D potential is already being limited by legislation.

All of which makes 3DLT’s slogan ever so much more ironic. “Finally, you can get exactly what you want,” the site proclaims on its new buyers page.

Life used to be so simple in the good old days when piracy was simply about movies or software.