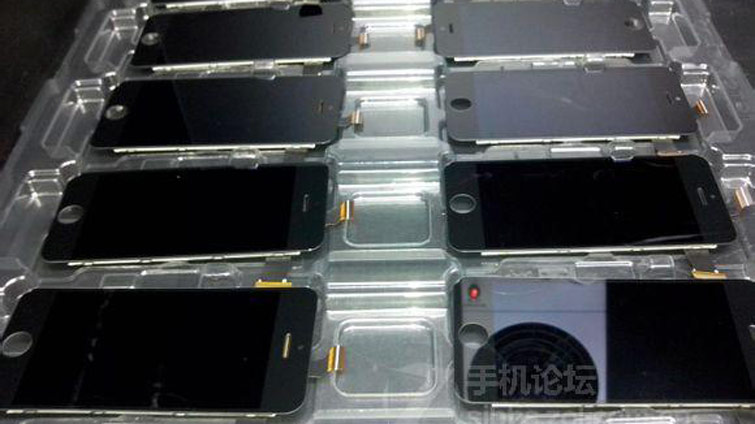 According to the rumor, Apple’s new iPhone 5S is already in production.

The photos, if real, were certainly hurriedly snapped by someone fearfully of being caught and are poor quality, but do show electronic calipers in almost every shot reveal relative size, apparently the same as the iPhone 5. Sharp eyes in Germany have noticed one minute difference: the vibration motor (which you can see in the shot below).

The motor appears to have been updated from the iPhone5’s to address concerns that it was too noisy. 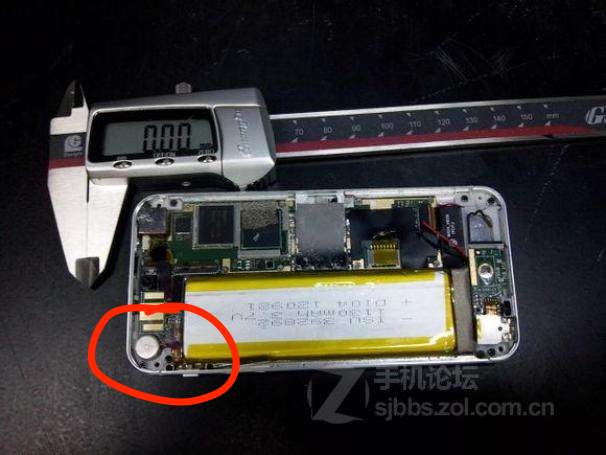 Above: iPhone 5S with a new vibration motor?

One thing that might cast some doubt on the images, and the source, is that the Chinese site also claims that the iPhone 6 will have a 4.8″ to 5″ screen, significantly larger than the current iPhone 5’s 4″ and much bigger than the iPhone 4S’s 3.5″. On the on hand Apple faces increasing competition from large-screen smartphones, or “fablets,” but on the other, Apple has gone on record that it is not interested in make phones that can’t easily be used one-handedly.

Of course, Apple said that it would never make a mid-sized tablet, too.

Here are all the images for your viewing pleasure: