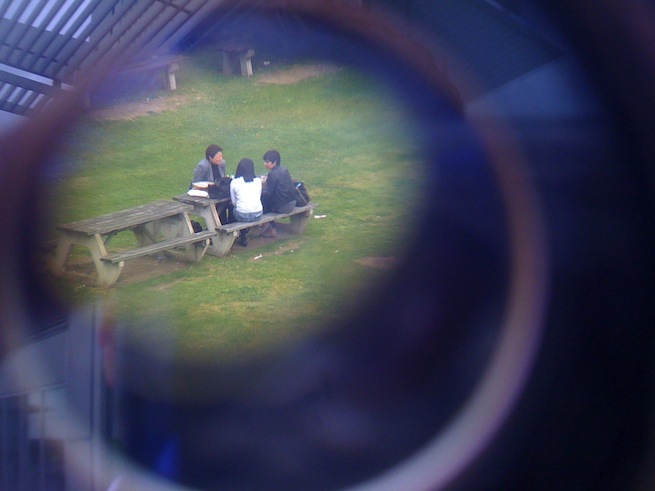 The U.S. government can track where you are, who you’re with, what you look like, and where you’ll likely be next thanks to a tool created by defense contractor Raytheon.

The tool, called Riot, or rapid information overlay technology, looks at your Twitter, Facebook, Gowalla, and Foursquare to determine these different data points about you, according to the Guardian, which procured a video showing off Riot. It was created out of a partnership between the U.S. government and Raytheon, though the company says it has not been sold to anyone yet.

While the tool will likely see use in uncovering information about individuals who could be considered a threat, it’s a reminder to all of us that our social data, in aggregate, is a very powerful thing. The tool scrapes these four social networks and can map out where you’ve been on Google Earth, with little pin drops denoting your check-ins. It can do the same for your photos, which have meta data often showing location coordinates. Those are then mapped out, allowing anyone to view a photo based on the location is was taken.

Once they’ve viewed one of your photos, of course, then they know what you look like.

Based on your location data, Riot can create graphs that show not only where you check in, but how often, what days of the week, and what times you most frequent that place. In the video, a Raytheon employee Brian Urch used his colleague Nick as an example. He was able to see that Nick goes to the gym most often during June on Mondays at 6 a.m.

“So if you ever did want to try to get a hold of Nick, or get a hold of his laptop, you may want to visit the gym at 6 a.m. on Monday,” said Urch in the video.

This isn’t the first time we’ve seen the U.S. government reach out for social data. In January 2012, the FBI put out a request for proposals for a tool that could spider different social networks, gathering keywords, to determine when an emergency situation was occurring, or about to occur. It would then set off alarms, alerting the authorities as early as possible.