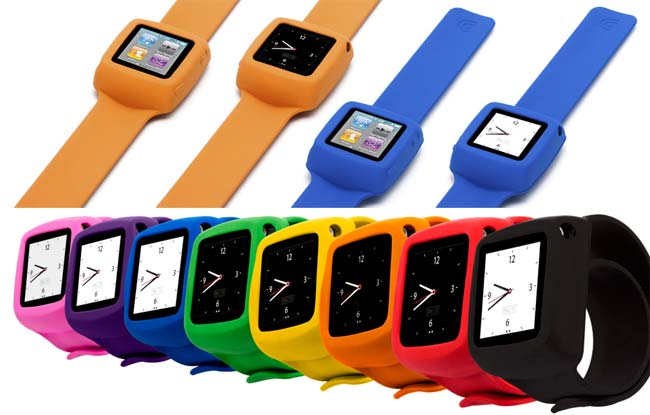 How do you successfully leak a story? The recent spat of Apple iWatch news could be a solid lesson.

After reports that Apple was developing a curved screen smartwatch from the New York Times and the Wall Street Journal this weekend, now we’re hearing that the company also has 100 designers working on the project in the latest report from Bloomberg.

It’s tough to call three reports from major publications within just a few days coincidental. While Apple has never admitted to the practice, it’s widely believed that the company often leaks significant news to the press (it helps to control the story, and it’s a nifty way to squash erroneous rumors). And right now it appears that we’re seeing Apple’s press manipulation in full swing.

Consider how each report gave us a sliver of information: The NYT kicked off the recent rumor and brought up the notion of curved glass (using new technology from Corning); the WSJ pointed out that Apple has been in discussions with Foxconn about it; and now Bloomberg’s report is hinting that it’s likely closer than we think. Apple doesn’t throw 100 designers at something that won’t make it to the market, after all.

It’s almost as if the iWatch reports are each conveniently placed pieces of a larger puzzle — ultimately, they lead to the compelling narrative that Apple is about to revolutionize the industry yet again with a new smartwatch.

Bloomberg notes that Apple’s James Foster, a senior director of engineering, and Achim Pantfoerder, a manager within the company, are part of the project. Intriguingly, Apple has also considered wearable fitness trackers in the past that were never released, the report says.

At this point, I wouldn’t be surprised to see Apple debut the iWatch this year. It’ll give the company a shot of life in a year where it’s expected to introduce a slightly better iPhone 5, the iPhone 5S, and minor revamps to the iPad and iPad Mini. There are also rumors that Apple is considering a bigger iPhone, but even that honestly doesn’t seem that innovative. I don’t expect the iWatch to be as revolutionary as the iPhone, but it has the potential to be a popular accessory that further cements consumers into the iOS ecosystem.

Photo: A series of iPod Nano watchbands from Griffin