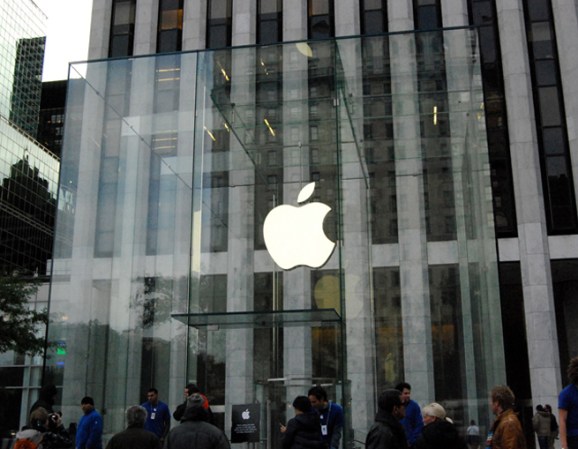 Apple stores aren’t big enough, CEO Tim Cook said today at a Goldman Sach’s conference in San Francisco, and there aren’t enough of them. So the company is moving and expanding 20 existing stores and adding 30 new ones this year.

“Our average store does $50 million in revenue,” Cook said in some amazement. “Who would have thought of that!”

He also likened Apple’s stores to a drug, saying that he uses them as a quick pick-me-up if he ever gets depressed.

“If I ever feel I’m dropping down from an excitement level, I go in a store … it’s like a Prozac,” Cook said. “It’s a feeling like no other.”

Apple currently has 400 stores in 12 countries. One of the 30 new stores the company is adding in 2013 is its first in Turkey, which will be Apple retail’s 13th country. Last year, Cook said, 370 million people came in to an Apple store, including 120 million in the last quarter alone.

Cook credits the stores for at least part of the iPad’s success:

Analysts had questioned earlier in the call what Apple is doing with its $137 billion in cash, and Cook said that opening more stores was one way the company would be putting that money to work. The new stores help Apple launch new products and educate customers on new categories, he added … perhaps a hint that Apple will launch some entirely new category of products (Apple TV, anyone?) at some point in the future.

Cook also said that perhaps “store” was not the right word for Apple’s retail endeavors anymore, noting that local musicians play gigs there, people come in for a social experience, and that each store is, in some way, becoming a focus for local community events.

None of which detracts, of course, from that $50 million in revenue per store.