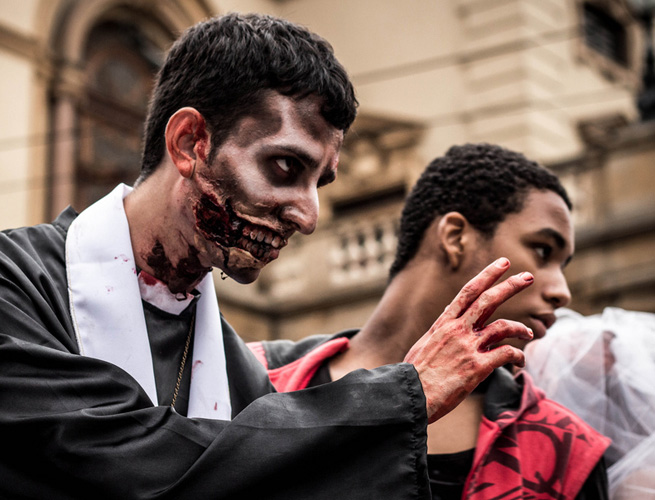 Hackers these days do a lot in the name of activism, but how about a good old-fashioned prank?

Montana TV station KRTV reported Monday that it was hacked and broadcasted a simultaneously hilarious and terrifying alert about the impending zombie apocalypse.

“The bodies of the dead are rising from their graves and are attacking the living,” a fake announcer warned during the broadcast. “Do not attempt to approach or apprehend these bodies, as they are considered extremely dangerous.”

KRTV later explained to viewers via its website that the alert did not come from the station.

“Someone apparently hacked into the Emergency Alert System and announced on KRTV and the CW that there was an emergency in several Montana counties,” the station wrote. “This message did not originate from KRTV, and there is no emergency.”

The Great Falls Tribune says the hoax generated at least four calls to police to make sure the broadcast was fake.

Check out the broadcast in the videos below.