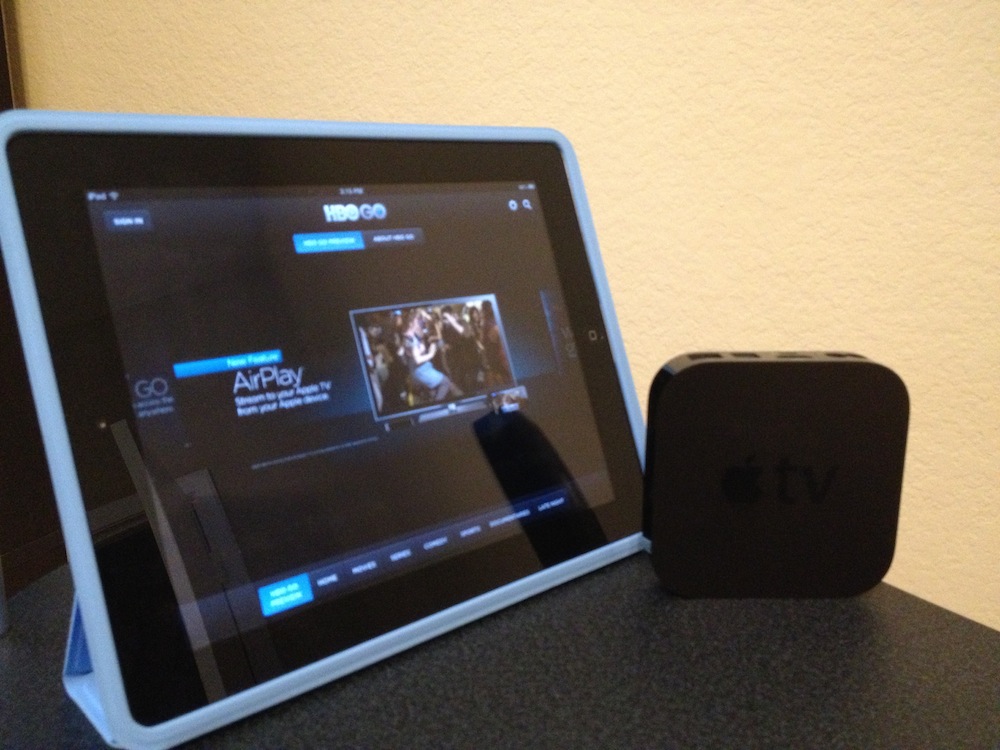 HBO Go’s iOS apps now work with the Airplay feature starting today, according to HBO president Eric Kessler during an interview at the D: Dive into Media conference. Anyone who has an iPhone or iPad and a existing subscription to HBO from their cable or satellite TV provider can now watch the streaming service from their Apple TV-enabled television screen.

HBO Go provides on-demand access to hundreds of movies and a complete library of all HBO original programming, such as the The Sopranos, True Blood, Newsroom, and Game of Thrones. This is probably a big win for anyone who stuck it out with the Apple TV as other streaming devices, like the Roku or Xbox Live, gained access to HBO Go nearly a year ago.

It also begs the question of whether Apple will eventually add a native application for HBO Go on the Apple TV in the near future — say before the premiere of Game of Thrones Season 3, maybe?.