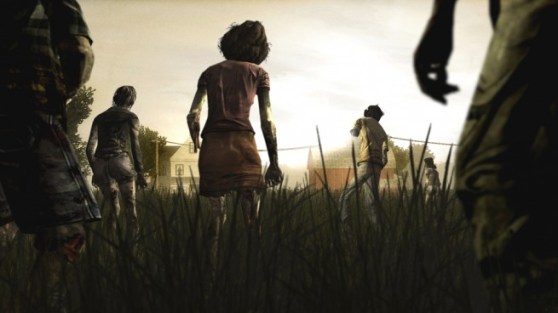 Warning: The interview below includes sizable spoilers, so it’s recommended you have completed The Walking Dead: Season 1 game before reading.

Halfway through Season One of The Walking Dead by Telltale Games, I rage-quit. I didn’t want to be a part of the narrative anymore because I felt like what I had been promised as a player had been taken away. Control. Decision-making. The consequences of my own actions. I could see the man behind the curtain and that I was really playing his game, experiencing his story, not my own. I eventually went back and completed the final episodes, but begrudgingly so.

So with that in mind, I made sure to grab Dan Connors, the chief executive officer of developer Telltale Games, at the recent D.I.C.E. Summit in Las Vegas to chat about a few specific moments in The Walking Dead, lessons learned by the developers, and whether we should expect to be playing as Clementine in Season Two.

Did I mention the spoilers?

GamesBeat: What did your involvement entail with The Walking Dead game?

Dan Connors: I’m part of the creative oversight. Generally, when decisions are required about what direction we should go, or if something isn’t working, or something should remain in the game, or we’re deciding how to solve certain problems … I’m usually consulted. I work with the team to get the right direction.

GamesBeat: Let’s start by talking about your play style for The Walking Dead. Do you try and walk on the moral high ground, or do you go a little bit darker?

Connors: I work on it, you know. I play it when it’s in development. So … I explore it all. I have to. Left to my own devices, I would probably try to do the right thing. I generally want to fit in with the group and have everybody feel like I’m cool with them. It’s funny, though. I told Clem her parents were dead. Every now and then I’ll go through, and I’ll see something. “When did they put that in? I wonder what that does.” It’ll be something like telling her her parents are dead. I’ll click it, and then she’ll start to cry. Did you do that?

GamesBeat: I tried to be realistic with her while still taking her current emotional state into account, so not until closer toward the end. But I was pretty sure she knew at that point even before she saw them.

Connors: Yeah, I did it early. She just started tearing up. It was horrible. Usually … we always talk about this. We don’t get to experience it in the way that other people experience it because we know what’s going to happen all the time. It doesn’t unfold in front of us. We never really know how people feel about the game. But when we play through, it’s definitely a — I’ll usually try everything at least once. I’ve probably played each episode 30 or 40 times at different stages of development. I don’t really have a style. 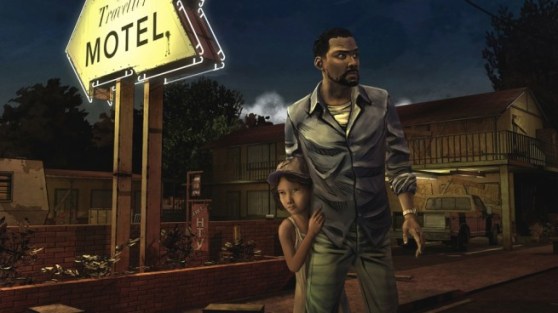 GamesBeat: That’s fair enough. Let’s talk about Clementine, who’s become this iconic game character. She’s so well fleshed-out and relatable. What are some of the tricks that you’ve learned in that process? What are the golden rules in creating deep characters like her that you could share with other developers who are trying to build a more believable game world?

Connors: Honestly, I think building a believable 8-year-old girl — an enjoyable, believable 8-year-old girl that isn’t annoying or cloying — in any medium is an accomplishment. I think that on the one hand, [writer/director] Sean Vanaman’s handling of Clem as a character and his direction to people about how she should be represented was huge. He really owned it and crafted that character very well. That one in particular is — there’s no real simple thing to do. She needed to be tough but sensitive. She needed to be a little girl, but she needed to be more grown up. She couldn’t be annoying, but she needed to be cute. It really was a well-crafted series of dialogue.

And then, out of all of that, she needed to be able to go from — she needed to be able to respond to you being mean to her or to you being super-caring to her, and everywhere in the middle. There weren’t a lot of tricks with Clem. Were you at the J.J. Abrams thing this morning? Remember the scene they did with Bruce Willis and his wife [from Die Hard]? That moment, in my mind, is like the moment that you described. It’s just a strong character-building scene moment. Investing the time in giving her those moments where you can get to know her a little bit is really what made it happen.

GamesBeat: So in the game, you’re no longer a passenger like you are in the comic and TV show. You’re making the decisions about who lives or dies, even if you didn’t realize that’s what you were doing. You’re accountable. So there’s one moment that really jarred me out of that immersion, that illusion of control.

It’s in the third episode, where Carley dies. The reason why that really broke the entire experience for me and also why that was very upsetting is because, most of the time, when a character dies, there was either nothing you could do or you made a decision that led to that. When Carley died, I’m standing right there, and I can see Lilly is getting more and more agitated. She’s about to do something stupid. You can tell that moment is coming.

GamesBeat: And then it just happens. I knew it was coming, and it was like … .

GamesBeat: Give me that moment. Even if it’s very short. You do have some where it’s these emergency quick-time events, where if you don’t press it immediately, something bad will happen. But the player doesn’t even get that. No matter what you do in the game, Carley’s going to die. So for me, I felt like that really kind of went against what even you guys were saying The Walking Dead was intended to do. In every episode, it says that this game is about the choices you make. They’ll determine the path you walk and have consequences. That was the one fairly important moment where you didn’t have a choice at all, even though some people probably saw it coming. So with that long-ass description, what are your thoughts, specifically, on that moment? What was the reaction? Am I alone on this?

Connors: [Laughs] We’ve got a reaction video from that. I think the strong thing is — we were able to create a character in Carley, and in some cases Doug, that people really connected with and were attached to. That made losing those characters in that scene feel horrible. But the way in which the player was … it was kind of unforeseen. The way it was thought about internally was, sometimes in this universe, there’s just nothing you can do. That’s just the way The Walking Dead universe is. Sometimes you’re just going to lose people, and you can’t do anything about it. We didn’t do it again. So I think there was resonance about the fact that it didn’t hit people in the right way after that.