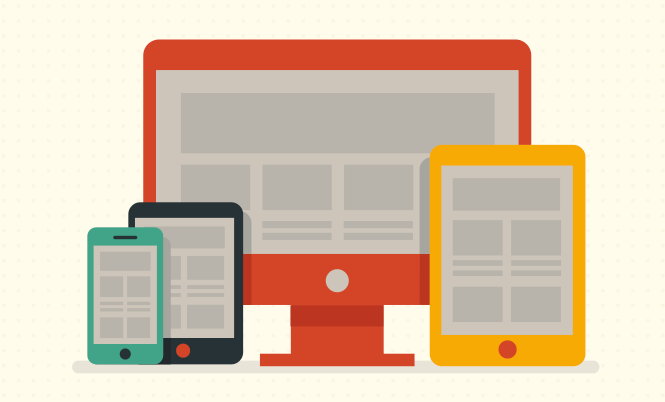 Today, Adobe is finally taking the wraps off some really cool new tools for developers — and yes, that includes mobile developers.

Edge Reflow is the company’s Photoshop for responsive design. It lets just about anyone quickly create sites and content that scale and resize beautifully and smoothly across all kinds of form factors.

Given the ever-growing panoply of screen sizes, from TVs to tablets to gigantic smartphones to not-so-gigantic smartphones, developers and even plain ol’ web designers are pretty much forced to start thinking about designs that scale fluidly rather than designing for each specific screen size.

This used to be an Android-verus-Apple debate; designers and devs alike bemoaned the wide range of Android screen sizes due to the lack of a central OEM for the operating system. But now, even iOS devices are getting more diverse. The latest iPhone (and not all your website users will be browsing on the latest version) introduces a new screen size. And let’s not get started on the iPad Mini.

The bottom line is this: Responsive design is no longer optional. Or at least it won’t be in another year or two.

Back to the Adobe news. Edge Reflow was introduced in a sneak peek last fall. At that time, Adobe was just unveiling the whole Edge lineup, which basically amounts to a version of Creative Suite (the company’s industry-standard design software) for web and mobile developers.

Today marks the first public preview of Edge Reflow. Adobe is hoping to get a few early users to give a ton of useful feedback to make the product better.

Jacob Surber, Adobe’s senior product manager for digital media, said in a phone chat with VentureBeat, “A responsive design has more than just fluid elements. … There are several great reasons to go native, and I don’t think responsive design is the answer to everything.

“But it does play into scenarios where I have existing content that I want people to access on a mobile device. As a web property, there may be a reason to have a standalone mobile app, but you still need a presence on the web. Filters, blend modes — those things aren’t available natively, and we want to support those evolutions as they happen.”

Also, Reflow is a friendly way for print designers to ease themselves into web and mobile web design. When we remarked to Surber how like InDesign the Reflow interface looked, he said that was entirely intentional. “We’re really trying to make this experience familiar to people who are already familiar with other Adobe products.”

In addition to the Reflow public preview, Adobe is also announcing a handful of other Creative Cloud updates (Creative Cloud is Adobe’s cloud-based approach to Creative Suite, involving lots of online learning and collaboration). Edge Animate, a tool for creating motion graphics, is getting new web font and CSS tricks and treats. Edge Code, a code editor, is getting a smattering of helpful updates, including live preview of code changes. And even trusty old Dreamweaver is getting a refresh with web fonts and enhanced fluid grid layout. All these updates except for Dreamweaver’s will be immediately available to both free and paid members of Adobe Creative Cloud.

Here’s a quick look at the updated software:

As for Creative Cloud, itself still a relatively new approach for the erstwhile PC-bound company, spokesperson Heidi Voltmer said, “It’s been beyond our wildest expectations, how much people have embraced Creative Cloud.” So far, the service boasts one million free members and 326,000 paid members. Of the paid members, 81 percent choose to purchase membership for the entire Creative Cloud lineup of software rather than just one à la carte product.