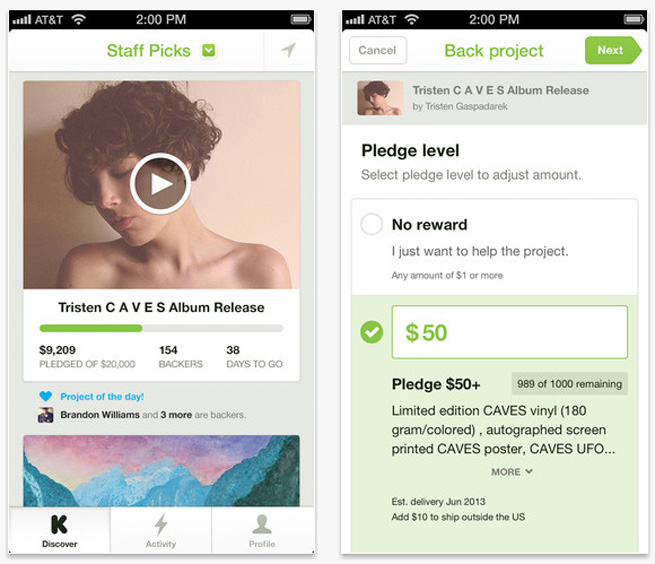 Crowdfunding darling Kickstarter has finally launched an iOS application that accesses many of the site’s core features, including tracking projects you’ve started or funded, commenting on projects, and finding new things to fund.

The launch of the mobile app helps Kickstarter fans and creaters tools to connect with the platform no matter where they go. It’s a wonder Kickstarter didn’t have the app available before now, considering how much buzz it has received in the past year.

New York-based Kickstarter has helped many high-profile projects come to life through the power of crowdfunding, including the Pebble smartwatch, the Ouya game console, and a number of huge indie games.

The app is now available in the Apple App Store. Check out screens of the new app below: