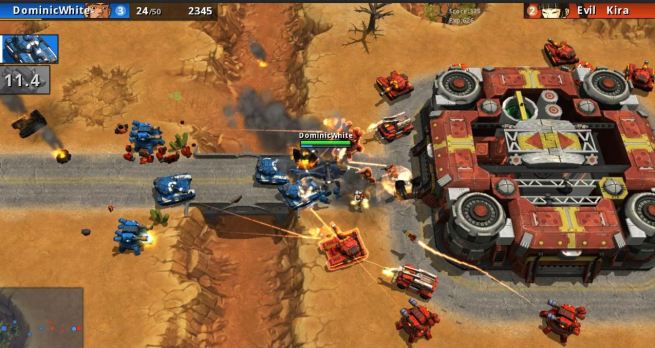 The Ouya probably won’t suffer from a shortage of stuff to play.

The Android-based microconsole already has 481 confirmed games, according to the guys over at Ouyaforum. Developers confirmed each title on the list, but it doesn’t include rumored titles like Electronic Art’s Madden NFL 13 or Minecraft.

You should check out Ouyaforum for the full list, but here’s a very small fraction:

For the unaware, Ouya is a small console that runs the Android operating system with proprietary programs on top of the OS. It connects to televisions through an HDMI port, and it comes with a controller. It’s all about bridging the divide between HD gaming on TVs and the distribution system of smartphones.

The system started as a crowdfunding project on Kickstarter, where it raised $8 million. The system costs $100 and begins shipping to project backers in April. It’ll debut at retail in June.

Nearly 500 releases is a lot for a little startup like Ouya. Chances are, most of those titles are already finished Android apps whose developers are simply re-releasing on Ouya. So maybe it’s not quite as impressive as 500 brand new titles, but it’s still a huge number compared to something like the Wii U, which won’t have 500 games for quite some time.

But Ouya has an advantage. It’s an open-source, download-only ecosystem. It’s the same advantage that a Valve-backed “Steam Box” console PC could have over traditional boxes from Sony and Microsoft.

The way people are accessing games is changing, and the Ouya is poised on the edge of that evolution. The Wii U has made strides with its developer-friendly eShop, but it’s not open enough. At least in terms of bringing in scores of anxious developers, because Ouya isn’t Apple, and yet it is attracting development like it is the newest iOS product.