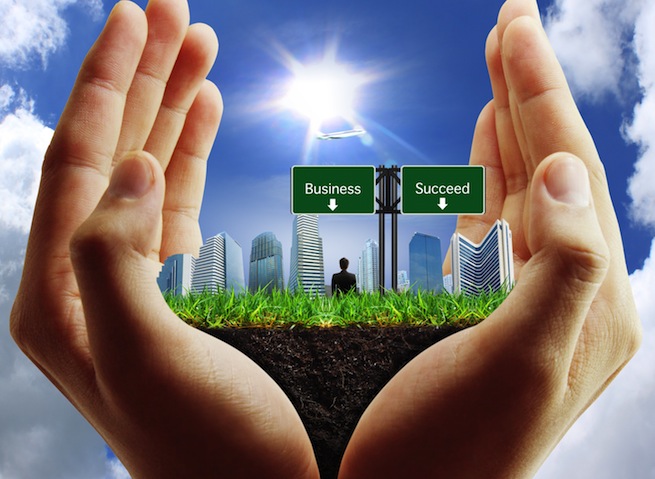 This is a guest post by investor Joseph Floyd

Consumer-to-consumer (“C2C”) marketplace startups are enjoying a Renaissance, as exemplified by Airbnb and others. Sites like these that facilitate transactions between people have disrupted older offline business-to-business marketplaces by taking advantage of ubiquitous mobile access, and delivering a better experience.

This recent C2C marketplace success is spurring a new crop of similar business-focused ventures, which I believe have tremendous potential to leverage the unique synergies of combining the marketplace model with the software as a service (“SaaS”) platform.

By serving as the access portal to the marketplace, the system of record and most importantly, the paywall that drives predictable revenue, SaaS can revolutionize the marketplace model to offer modern advantages the failed B2B marketplaces of the early 2000s never had. These include revenue predictability, favorable unit economics and a barrier to disintermediation.

Here are the three key advantages of SaaS:

In the late 1990s, Zoho Corp. emerged as an online marketplace for hotel supplies that raised $63 million. Targeting the massive hotel industry ($120 billion in revenue in 2012 according to IBIS), Zoho operated on a transaction model whereby the company received a small percentage of each transaction. This transaction model severely limited revenue potential and made commissions unpredictable.

Zoho ultimately shut down when key buyers, including investors such as Harrah’, purchased only a small fraction of products from the heavily commoditized hotel supply chain. As a result, Zoho earned small commissions on low margin business with little predictability.

Today, business marketplaces can use SaaS platforms to increase market size and improve revenue predictability by selling subscriptions to access and manage the marketplace. For example, LiquidSpace enables individuals to reserve meeting rooms, conference or office space at commercial venues such as hotels. As a transaction marketplace alone, the market size is similar to Zoho’s which aimed to apply a small commission to a large target market and win by capturing volume. However, in addition to monetizing transactions, LiquidSpace also sells their platform directly to hotels (50,000+ potential), universities (100,000+ potential) and enterprises (potentially in the millions) as a service to manage their own meeting spaces internally.

These internal networks greatly increase the market size opportunity as well as revenue predictability with a monthly subscription service instead of a transactional model. Further, adding subscription customers with internal networks of captive guests, students, and employees greatly increases the number of individuals with access to the public marketplace since it is all one platform.

Every successful startup faces competition and, eventually, margin pressure. This is particularly true for transactional marketplaces. For example, oDesk, Elance and 99Designs are all sizable marketplaces that connect jobs with freelance workers. But, the success of these marketplaces drove up the cost of keywords used to acquire traffic and drove down the price of jobs (and therefore net margin to the marketplace provider).

On the other hand, using a SaaS-based subscription model, business marketplaces can improve unit economics in three ways:

For example, Scripted connects businesses to freelance journalists through its online marketplace. Since Scripted sells access as a SaaS subscription, businesses sign annual contracts (which lowers churn) with Scripted supplying a minimum quantity of written content. If the customer does not utilize the full quantity of service, subscription breakage occurs – Scripted still earns the full revenue but does not incur the cost of providing the unused service (which expands margins). In combination, these two forces increase customer lifetime value, allowing Scripted to increase sales and marketing spend to scale growth more aggressively.

A Barrier to Disintermediation

The threat of disintermediation should be top of mind for any good middleman. Marketplaces serve as insurance to both supply and demand and provide the necessary security to complete transactions in an uncertain environment. However, once a network connects two parties, nothing prevents them from circumventing the platform and dealing directly.

For example, MetalSite, one of a few vertical specific marketplaces in the early 2000s, connected commodities buyers and sellers via auctions. But, MetalSite and many other vertical B2B marketplaces failed because they were taken out of the loop after the first transaction as suppliers began bidding lower prices directly to buyers, without paying commissions to MetalSite.

On the other hand, OpenTable, a restaurant reservation marketplace, has become the de facto system of record for many customers. As a result, customers are locked in to using the platform, which ensures OpenTable captures each transaction and receives its commission. Additionally, restaurants are much less likely to replace OpenTable with a competitor because it keeps the system of record as opposed to simply being a source of reservations.

The initial wave of business-focused marketplaces crashed in the dotcom bust because they focused on transactional pricing, competed with incumbents on price and failed to build relationships with their marketplace participants. We are in the early innings of a new wave of business-focused marketplaces that are likely to succeed, thanks to SaaS, which can serve as the system of record, and generate predictable revenue. 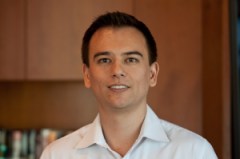 While at American Capital, Joe was involved with the team’s investments in HomeAway (Nasdaq: AWAY) and PeopleMedia (acquired by IAC). Joe was also an Associate at McKinsey & Co. in their corporate finance practice.

Joe earned an MBA from The Wharton School of the University of Pennsylvania.