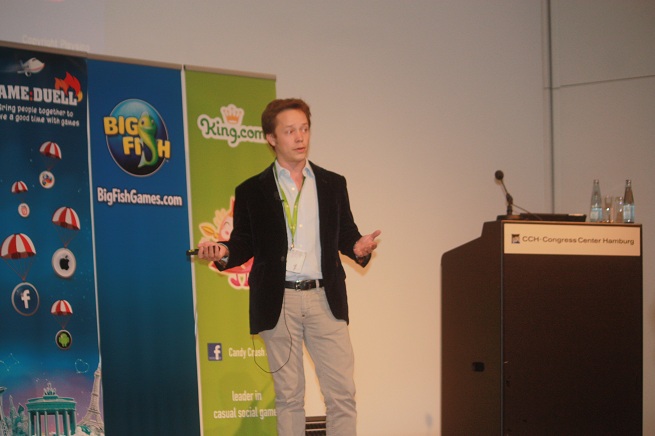 Casino companies and investors poured more than $2.2 billion into acquisitions of social casino games companies in the past year or so. And while investment values have sunk, the acquisitions have turned out to be good ones.

In fact, those deals have turned out so well that the social casino game boom is likely to continue as the online gambling, land-based casinos, and social casino games converge into a single industry, said Brock Pierce (pictured), the chief executive of casino game maker Playsino, at the Casual Connect Europe event. 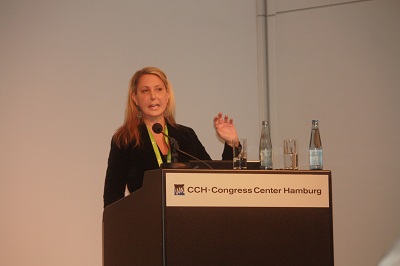 Social casino games monetize at about twice the rate of other casual games. The only segment that generates more revenue per user is midcore games, but the numbers of social casino game players is far higher.

“The casino businesses have come to recognize that and want to know how to get in on that business,” Pierce said.

“My clients are trying to figure out their social casino gaming strategy,” she said in her own talk at Casual Connect Europe. “Social casino virtual currency games are smaller, but they are so important, the gambling industry is always looking for where they will find the next players.” 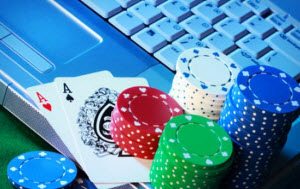 Slot machine maker IGT bought Double Down Interactive for $500 million in early 2012. Double Down had just 70 employees at the time. Aristocrat bought Product Madness in November for an estimated $40 million. And last week, Scientific Games bought WMS for $1.4 billion.

Many viewed those prices as inflated. But Pierce believes they were bargains, since the revenues generated from them are impressive.

Double Down is generated an estimated $80 million in earnings before income tax, depreciation, and amortization. That comes from about $129 million a year from revenues for Double Down Casino on Facebook. Caesars is generating about $350 million in revenue a year from the Playtika deal.

It makes sense that the deals continue to generate revenue, since games like poker are evergreen. They were popular a year ago, five years ago, or even 100 years ago.

“Most games see growth, and then you have to move on to the next hot title,” he said.

The sector could stay hot in terms of acquisitions. Potential acquirers include Electronic Arts, Gree, DeNA, Harrahs, Tencent, Universal, Zynga, MGM, Nexon, bwin.party, and Bally. That’s a diverse group of companies. Casino companies are used to paying low prices for the acquisitions, but the presence of all of the other acquirers from different industries will keep the prices higher.

Land-based casinos are “desperate for product” in the form of social casino games, Blau said.

Zynga’s market looked to be the most mature, where new entrants are unlikely to do well. But new entrants are already doing well, such as Fresh Deck Poker from Idle Games. Pierce credited Idle with creating an interesting new design, with a 2.5-dimensional point of view from a seat, rather than overhead.
“It’s still early, but you’re seeing meaningful success there,” Pierce said.

Pierce said he is excited about rewards-based gaming as enabled by RockYou’s Ryzing bingo game, which incorporates sweepstakes prizes as legal rewards in its games. And Virgin Gaming is allowing players to wager on games in tournaments for core game players. King.com, Worldwinner, and GameDuell are doing similar things with betting in casual games, but you can’t cash out in territories where it is not legal.

Bingo is popular and is attracting a lot of new entrants. Sports betting apps are plentiful, but not generating much money yet on social and mobile networks. Pierce said the average lifetime value of a social casino player is $78, but the average LTV of a gambler is $1,600. Only about 2 percent of social casino players actually purchase chips.

But social is the “top of the funnel,” or the industry that could recruit the new players at very low marketing costs for the gambling companies. Indeed, while online gambling may current draw about 40 million players, the number of social casino players is about 170 million, Blau said.

While social casino games are generating around $1.7 billion in revenue, online gambling is a $35 billion worldwide business, according to Morgan Stanley. It is part of a larger $390.5 billion real-money gambling casino business, with the turnover of dollars reaching into trillions of dollars. Japan’s Pachinko game business, for instance, is a $2.2 trillion turnover business, meaning that’s how many dollars go through the system. Overall video games, meanwhile, are about $68 billion.