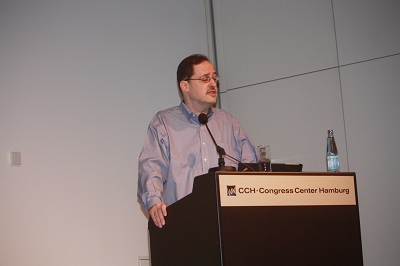 Regulation is the wild card

The change in gambling laws has been big. In 1980, gambling was legal only in Nevada and New Jersey in the U.S. Now some form of gambling is legal in every state except Utah. But the federal government put a stop to most online gambling in 2006. That law didn’t slow down overseas online gambling, which has raced far ahead.

“Europe has paved the way,” Blau said. “It started taking around 2006 and 2007. It has happened in the U.S. illegally through sports betting.”

Worldwide, the number of online gambling sites has reached 2,200, with revenues accounting for 11 percent of all gambling revenue. In 2010, the U.S. started enforcing its federal law and began to shut down a lot of sites. In Europe, some form of online gambling is legal in the United Kingdom, Italy, Spain, France, Denmark, and Belgium. Australia has legalized online sports betting and Canada has online lottery-based online gambling.

But things changed in the U.S.; since December 2011, when the Justice Department re-interpreted a key gambling statute, it has been legal for states to authorize online gambling within their borders. That prompted all of the excitement around social casino games, leading to the Double Down deal and a run-up in Zynga’s share price to $15 a share. (It has since dropped to around $2 to $3 a share).

Nevada and Delaware have legalized online gambling, and New Jersey is expected to do so. California is expected to pass a law, but it may restrict licenses to land-based casino companies that can make a $30 million non-refundable deposit.

A bill to legalize online gambling on a federal level is on “life support,” Pierce said, but most states are likely to approve online gambling laws to get more tax revenues. Pierce believes that online gambling will prosper in the U.S. and game companies will be more innovative, capturing the value. Griffin agrees, as his company will enable people to make wagers in non-gambling games that he says are more fun than traditional casino games.

Eric Goldberg (pictured above, right), managing director at Crossover Technologies and a consultant to many game startups, said in his talk that politics will eventually play a big role in determining the fate of video game companies that are thinking about entering the online gambling market.

The war within the industry

Jez San, a former game developer and chief executive of online gambling firm PKR, said that social casino games are designed to be addictive. At some point, he complained that such games will create addicts who may lose their homes because they spend so much in the games. That, he argues, will draw the ire of regulators. Right now, he said that it’s wrong that companies like Zynga have no restrictions, such as limits on how much a player can spend in a month. Online gambling sites have to offer such spending limits.

Blau points out that IGT, a major slot machine maker, also angered its customers by acquiring Double Down, which competes in social casino games with the social divisions of the land-based casinos, which are IGT’s customers.

Goldberg thinks that game makers have an advantage in that they have learned so much in the last couple of years from players and figured out how to entertain them in ways that are superior to the traditional gambling industry. 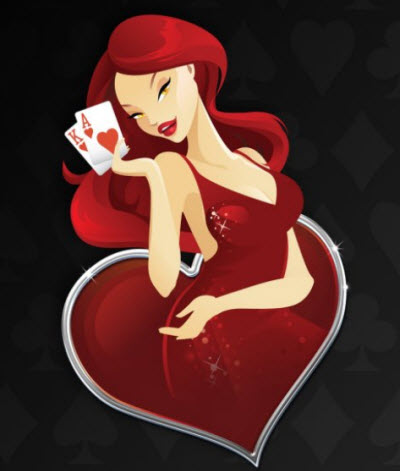 A minefield for game makers

Game companies such as Koolbit are offering both social casino games with virtual currency only as well as online gambling through the same games in the United Kingdom. But are they going to be able to drive users from one kind of game to the other without drawing the attention of regulators?
Zynga is going to offer online gambling games by putting its names on online gambling titles created by Bwin.party. It can do that because

Bwin.party’s games are already approved by regulators. But could Zynga offer its own games for licensing? That’s not a simple answer. What if, for instance, Zynga has a “high entertainment poker” game, where you get better cards than you would if it were a true game of chance?

Regulators would not approve such a game, since it would lure players into play with high rewards at the outset. As they convert to online gambling, the rewards could become more sparse.

“Should players know that the games are paying out more than they otherwise would?” Blau asked.

In Japan, game companies had to re-design their games because the “gacha” rewards appeared to regulators to be too much like gambling. That took down the share prices of major social gaming network firms Gree and DeNA.

In 1942, New York mayor LaGuardia banned pinball machines because they offered a “perceived reward” of extra balls when you did well in the game. Police took the machines into the streets and smashed them.

A lot of the politics will revolve around the definition of gambling, which traditionally involves consideration, or money that is wagered; chance; and a reward. Blau said that the latter category of the reward varies in its definition. If there is a “perceived reward,” that may count as gambling.

In social casino games, you can buy virtual currency and make wagers in a game. You can win more virtual currency, but you can’t cash it out. One game that blurs the line is MyVegas, which uses the MGM brand and gives out sweepstakes rewards in the form of cheap deals in Las Vegas casinos. Blau said the jury is out as to whether regulators will consider that to be a violation of gambling laws.

Blau said there is a big culture shock in store for game companies that want to move fast. In gambling, companies encounter heavy regulation, taxation, complicated operations, and heavy testing of the fairness of games by regulators. A small tweak in a game might take two years to get approval. The question is how regulators can protect players without stifling the industry.

Meanwhile, Zynga’s poor earnings performance has brought down its stock price, and that, in turn, has deflated the value of a lot of social casino game startups, which are no longer drawing huge investments from venture capitalists, Blau said.

But Pierce thinks that the long-term health of social casino games has never been brighter. Blau said the jury is out as to whether the convergence is really going to produce a bonanza for the land-based casino companies.

“But people are speculating,” she said. “It’s early days in this industry. And everybody wants to be the next Double Down.”

Disclosure: The event organizers paid my way to Hamburg, where I moderated a session. Our coverage remains objective.