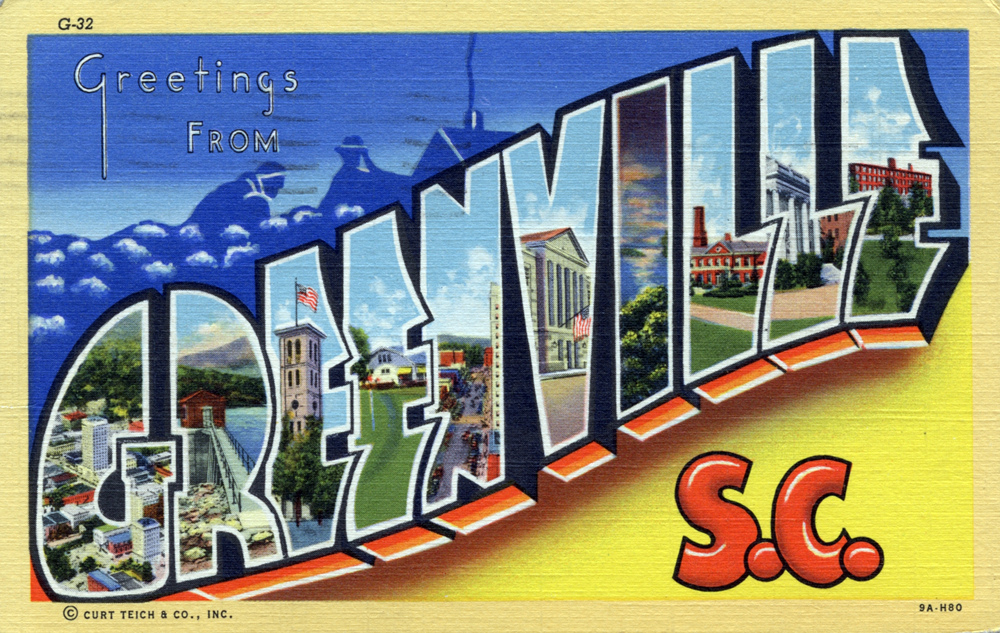 In the foothills of the Appalachian Mountains sits the small city of Greenville, S.C.. Formerly known as the “Textile Capital of the World,” this town of shady streets, quaint local businesses, and a thriving arts scene is now home to a bubbling startup community.

Most of this heat starts at The Iron Yard, a local tech collective that involves collaborative spaces, an accelerator program, and a code academy. It began as the separate undertakings of people passionate about technology and has grown into a multicylinder “steam engine” of creativity. 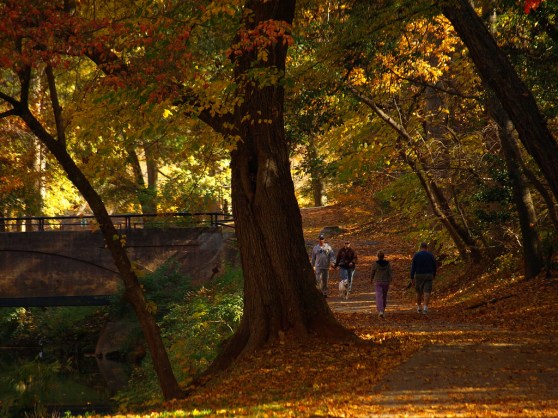 Above: A nascent startup scene takes root among old trees.

Eric Dodds is a South Carolina native who helped found The Iron Yard after beginning his career in marketing. He discovered that his interests really lay in building websites and products rather than promoting those of other people, but Greenville did not have a strong support network for startups. Serendipitously, he met a few like-minded locals: an entrepreneur named Peter Barth, who was trying to build an accelerator program; Mason Stewart, who worked to start code school for kids; and Kate McCarthy, a recent transplant eager to give back to her community. Together, they combined their various endeavors and expertise to form The Iron Yard.

“A lot of the time being in a small Southeastern town and having a love for technology and design don’t go together,” Dodds said in an interview with VentureBeat. “We are passionate about changing that. There are people doing really cool stuff here. Peter and I combined forces with a co-working space in a crazy code and design collision that resulted in one brand called The Iron Yard. Our grand vision is to create a full circle of awesomeness for startups here in Greenville.”

Out of that collision emerged other ideas and projects. After hearing the founder of CoderDojo speak at a conference, Stewart wanted to start a similar program in Greenville, but he did not have the resources. The Iron Yard set up a trial class of 15 students.

It was so popular that it quickly grew to 70 kids and four classes a week, with a long waiting list. The free course teaches children to program in Scratch, a highly visual, kid-friendly programming language created at MIT. The students learn how to build their own video games and also how to use an Arduino board to built their own game controllers. 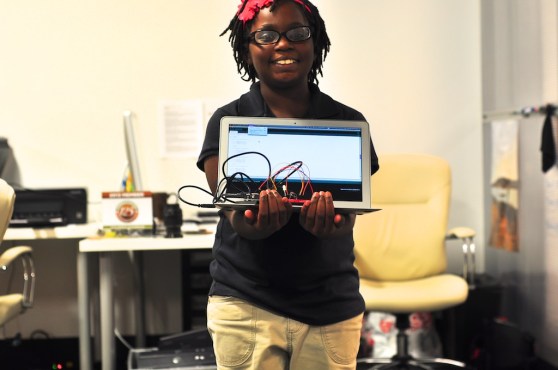 Above: A student at CoderDojo shows off her work.

“Regardless of your age, programming should be fun,” Stewart said. “We give priority to kids in lower income neighborhoods and minorities, and half of our classes are girls. We are seeing people that you don’t generally see in programming doing really great with it.

“My goal is that any kid who stuck with CoderDojo all the way through high school is just as good or better than someone with a computer science degree and could start working as a full blown engineer with a great salary right away.”

This spring, The Iron Yard is also launching an intensive code school for adults. The program lasts three months and teaches front-end engineering, focusing HTML, CSS, and JavaScript. The tuition is $9,750 and includes a new Apple laptop and housing. Students also get guaranteed job placement in six months — or a full refund. The students will be able to interact with people in the co-working space and the companies participating in the accelerator to create an interconnected support network.

“If people don’t think the world we live in is already completely digital, I think they are kidding themselves,” Dodds said. “The companies we have in our accelerator and other companies in Greenville can’t find enough talented developers to build they things they need. Our education system isn’t preparing kids for this world. We want everyone to have the opportunity and ability to have an effect on the digital world and an effect on society.”

Welding it all together

While code academies are designed to jumpstart lucrative technology careers, the accelerator program is about building strong, sustainable, local companies that stimulate innovation, jobs, and give the startup ecosystem firm roots in Greenville. Kate McCarthy is the director of programs at The Iron Yard. She is originally from Southern California, went to college in Canada, and ended up in Greenville after a stint in Habitat for Humanity. Her passion is community development, and she is committed to promoting entrepreneurship as a path to economic success. 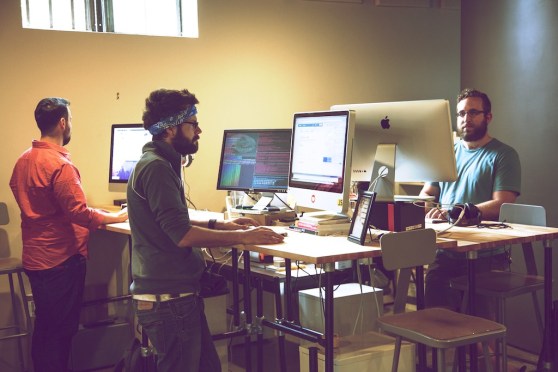 Above: Developers and designers collaborate to turn their ideas into active businesses.

“I love to see people striking out on their own to build something that matters,” she said. “It is those people and those companies that really drive a community. Some of the barriers that exist to old educational institutions and financial success are freed up here so we can serve a larger demographic. This is a textile town reinventing itself from the kids up. We are trying to lift a whole state up through entrepreneurship.”

The accelerator program is currently accepting applications for its second class. The first class had 10 participants. Each receives $20,000 in seed funding, work space, mentorship, and guidance on how to achieve their milestones.

This fall, The Iron Yard will launch a separate accelerator program dedicated to digital health in nearby Spartanburg. A great deal of medical innovation is happening in Spartanburg, and local community members and business wanted to support a startup network that stimulates the work of larger corporations and gives young, hungry, smart, and interested entrepreneurs the opportunity to delve into the world of digital health, which is becoming increasingly significant in the wake of health care reform.

Rather than taking the notion of “if you build it, they will come,” The Iron Yard is bringing a town together to build a sustainable local economy. It is not trying to create the Next Silicon Valley or take on Y Combinator. Rather, its focus is on Greenville and giving residents of all ages the opportunity to give back to their community, create a successful career, and contribute to the digital world.