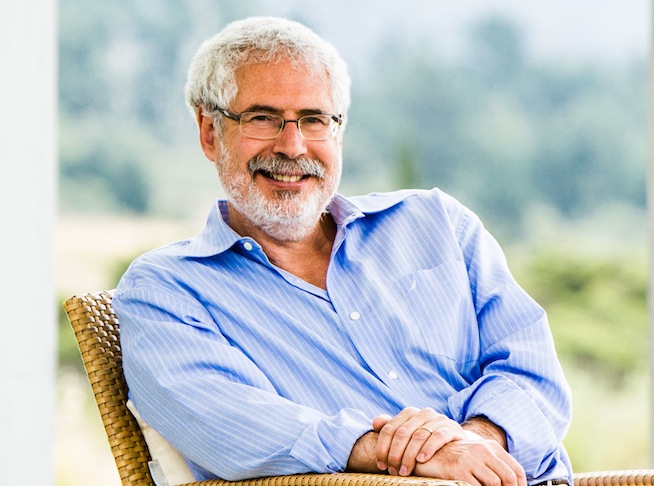 Eight-time entrepreneur Steve Blank is out of the startup game — which means he’s now free to speak his mind.

One of the things on his mind: How venture capital is failing to set a responsible national tech agenda.

I called on the serial entrepreneur and father of the “Lean startup” movement for a dose of perspective in the wake of President Obama’s tech-centric State of the Union (SOTU) address. Arguably, the theme of the President’s speech was innovation, which is also core to Blank’s teachings about the business of entrepreneurship.

During SOTU, the President brought Silicon Valley’s agenda to national attention with references to 3D printing, immigration reform, and teaching the next generation of kids to code. It appeared to millions of viewers that the tech agenda has truly gone mainstream.

Is Silicon Valley no longer a bubble?

Blank said SOTU was a step in the right direction, but that government isn’t adequately supporting entrepreneurship.

“We are getting our asses handed to us by the Chinese,” he said. “Almost irrationally we have decided not to have a National Industrial policy — leaving that to private capital.”

This is a topic Blank has discussed in a series of blog posts, in which he argues that the U.S. government has not set investment policy, so venture capitalists have undue power to determine which new industries receive funding.

Blank has recently been making moves in public policy. He recently got involved with the National Science Foundation, and is a senior advisor for innovation at the Department of Veterans Affairs (the VA).

But he is best known for teaching at universities like Stanford, Berkeley, and Columbia on how entrepreneurs can build innovative tech companies with a small budget, and quick and dirty engineering skills. This kind of thinking, which he describes as his “contribution of the last five years,” was coined “Lean startup” by his most promising student from Berkeley, Eric Ries.

Lean thinking has subsequently trickled into a number of industries, including manufacturing. But Blank isn’t convinced that Congress will adopt the practices and ethos of Silicon Valley — “not just in words, but in deeds.”

Still, he argues, Congress has traditionally been a stumbling block to innovation, and we shouldn’t be overly optimistic.

“New initiatives threaten existing incumbents that have enormous amounts of resources to prevent innovation,” he said. “Lobbyists are there to protect the status quo.”

Blank believes that the leading tech companies are in a particularly vulnerable spot. Tech behemoths — Oracle, SAP, Cisco, even Google — are facing serious threats from smaller players, who can push new products into the market at a faster rate.

He fears that many companies are “screwed and scrambling,” and the current approach to invest huge resources in corporate development and M&A simply isn’t working. Blank believes that the late Steve Jobs got it right: He would put highly successful Apple products out of business so fast “it would make your head spin,” and competitors didn’t stand a chance.

I mentioned a recent conversation with Scott David Cook, founder and former CEO of Intuit, who often refers to his 30-year-old software company as a “startup.” According to Blank, this isn’t misguided — “Scott has nailed it,” he said.

“The real problem is that these organizations are solving 20th-century problems,” he said. To discern whether a company will survive, he recommended that I ask CEOs whether their compensation plan has changed to provide funding for innovative new products.

“CEOs who aren’t making wrenching decisions about the organization of the company won’t last more than five years on the job,” he said. “Every certainty we had about customers, marketing, technology is changing.”

Related: I caught up with Blank last August, and we blazed through myriad controversial topics, including the “embarrassing” treatment of women in venture capital (the Ellen Pao — Kleiner Perkins case was still fresh news) and his advice on bouncing back from failure.