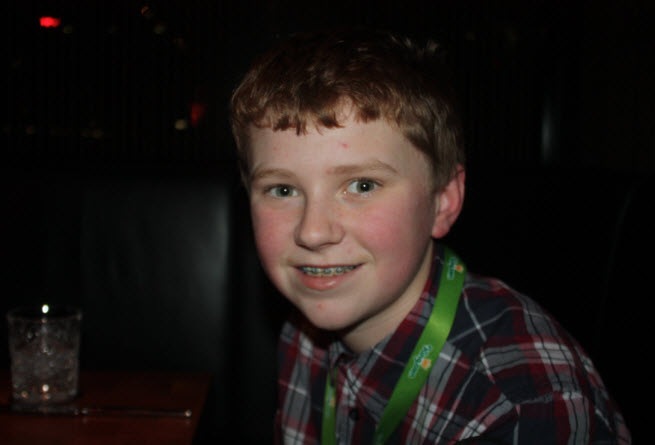 Talk about starting early. Jordan Casey made his first game a couple of years ago, and he’s only 13. He isn’t old enough to formally incorporate his business, Casey Games, yet. But he has published multiple titles and is hard at work on his next big release, My Little World.

To all of you overachievers in the video game industry out there — Jordan has got you beat. By the time he’s your age, he’ll probably be running a gaming empire. He is already on the publicity circuit, giving talks at game events and at one of the prestigious TedX conferences. The baby-faced resident of Waterford, Ireland, gets help from his parents, who are the directors in his company and the ones who incorporated it.

Most other kids his age are playing games, but Jordan thinks that making them is more fun.

“I love when people enjoy playing my games,” he said. “I love when I see people playing the games and just enjoying the experience.” 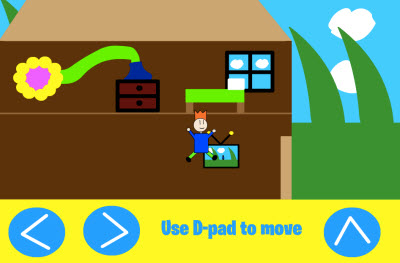 I had dinner alongside Jordan at the Casual Connect Europe event in Hamburg, Germany, where he gave a talk on his business. He has a high voice and a thick Irish accent, but he was quite comfortable as the only kid at the dinner. He answered questions and politely listened to unsolicited advice about game development.

Jordan taught himself programming four years ago when he was nine. He read books, watched videos, and checked out online forums to learn. A couple of years ago, he did the same, so that he could figure out how to make games.

His first title was the Adobe Flash-based Alien Ball, but that was just practice. In February 2012, he made an iPhone version of the game, dubbed Alien Ball vs. Humans. It was his first commercially released offering, and it remains his most popular. It also got him a lot of attention because it went to the top of the Apple iTunes store in Ireland.

He followed that up with a seasonal version, Alien Ball vs Humans 2. He also created Greenboy Touch, a puzzle-adventure game about a boy lost in a forest. And he created Save the Day, in collaboration with the South American ad agency Fabrica, as the official game of National Children’s Day in Brazil.

In addition, Casey created Food World, an online multiplayer game for kids. He came up with that idea in early 2011, but he put it on hold. The title is currently in its pre-beta stage. And he is working on the aforementioned adventure-puzzle game, My Little World, about a tiny creature who lives in a backyard and is the only one of his kind. The creature wants to know what the big world is beyond the backyard, and he sets out on an adventure to make his way there. 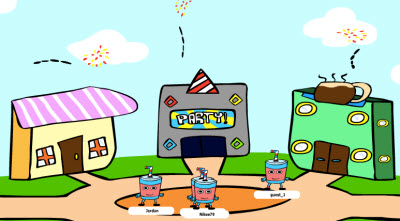 “I have a good feeling about this one,” he said. “I’m putting a lot of time and effort into it to make it perfect.”

He hopes to finish that project by June.

Jordan even hired his first employee, a boy named Aidan Blackett, as his lead artist for Food World.

“I do most of the business stuff,” he said. “My parents come to conferences with me, and my mom checks my emails while I’m at school.”

Louise Casey, Jordan’s mother, said, “At the moment I suppose its fun, but we try to keep the balance with his age and the fact he’s still at school…. But generally once school work is done, we are happy for him to have fun … during the evenings and weekends to do his business thing.”

She added, “Jordan works hard in school and does after school study, so I feel he can have the time to work on his games and coding. As long as it does not affect his school work, I’m generally OK with it. We help him out with emails and events as much as we can, but he does most of the business stuff himself. He wanted to be a businessman from an early age, so this is all exciting for him. And he really enjoys it. He has attended some amazing events and met great people, so this in itself is life learning.”

He has spoken at the Cannes Lions Festival, TedX@NewDelhi, Gamecity 7, BETT 2013, the Smartphone and Tablet Games Summit, and the Casual Connect Europe event. That speaking circuit has made him famous, and publications have featured him such as Silicon Republic, Adobe’s blog, The Irish Examiner, and The Pioneer in India. And he has been on television on TV3 and RTÉ in Ireland. He got the business for Save the Day after a Brazilian representative of Fabrica saw his talk.

Jordan said he is staying in school.

But he said, “It can be difficult, considering I go to conferences regularly. After school I go to the study hall in school and take a two-hour study course, to catch up on homework, exams, etc. Then, when I get home, I can do some work or watch TV.”

And he is giving some of his proceeds to charity.

For the long-term, Jordan said, “As I’m still young and can’t really get an office, I want to stay small and indie. But, when I’m older I would like to get an office and expand. My goal is to create the most fun and high-quality games out there.”

Disclosure: The Casual Connect Europe organizers paid my way to Hamburg, where I moderated a panel. Our coverage remains objective.