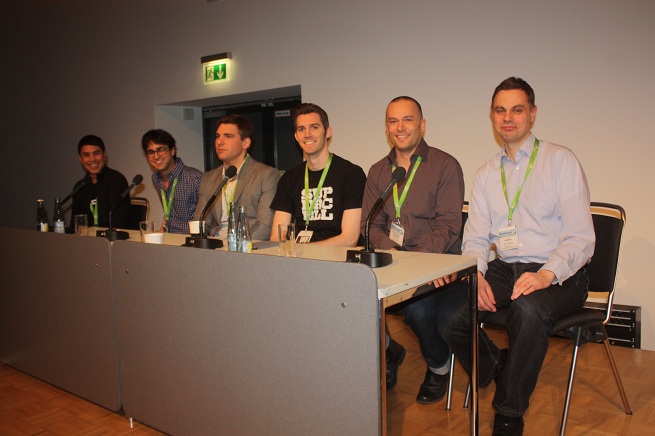 Game designers may not care about it, but acquiring users is still one of the most difficult tasks in launching a free-to-play mobile game. The problem is that a new game will compete with 132,000 other active titles on Apple’s iTunes App Store. Advertising can help it stand out, but as ad costs rise, the risks are very real that a company may pay more to get new users than it can generate a return on.

If a company pays $3 each to get 100 users, it would be outstanding if 10 percent of them convert into paying players. To get a return on the advertising outlay, those players have to generate $30 over the lifetime of the game (a stat known as lifetime value). It can’t take forever to get those users, either.

In the real world, the problem is that some companies are paying $8 to acquire a user. And mobile marketing firm Fiksu says that the cost of user acquisition rose 21 percent from November to December. At the Casual Connect Europe event, I moderated a session about the tips and tricks of user acquisition.

It’s no wonder that some companies are searching for alternatives to getting their games discovered. Some of those alternatives are shifty. Tapjoy found that out when Apple cracked down on its incentivized installs in 2011, and many turned to Android as a result. Last year, as Gree entered the U.S. market and bid up the cost of user acquisition dramatically, developers longed to be featured. Gree was accustomed to paying much more — $15 a user and advertising on TV — to get lucrative Japanese players. But in the rest of the world, consumers aren’t yet as crazy about paying for games. Alternatives have to be found, even for the likes of Gree. But the pressure on costs is rising as more brands move into the market without worrying about user acquisition costs.

Here’s an edited transcript of our conversation. They brought home the point that everyone should think about solving the tough problem of user acquisition.

Takahashi: Stefan, can you talk a bit more about some of the history here in user acquisition? What has worked in the past, and what is working now?

Bielau: The old craze was around incentivized installs — pay-per-click spends on mobile advertisement. Nowadays, the market has opened up a few more opportunities. Facebook came around with the App Center. You find a lot more performance-based models, breaking down your acquisition target to a cost per install, or deeper, to cost per acquisition. Those possibilities weren’t available two years ago. A lot has happened to open up the field for user acquisition. Stuff like mobile search engine optimization becomes more and more important due to the fact that the App Store is so crowded. That can still be triggered by some outside factors to improve your ranking position. I would say localization plays more and more into the marketing part. Before you saw games localization just amounting to translation work. Nowadays — you just gave the example of Japan — it’s important to know the local market when it comes to mobile app marketing. 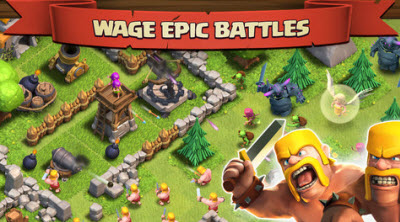 Takahashi: Erlend, you’re fairly new here in user acquisition, with Supercell coming up with a big hit game, Clash of Clans. It almost seems like you guys wouldn’t need to spend money on user acquisition at all.

Christofferson: For Supercell, it’s all about the problem of building a great game. Only when you see that from your retention and engagement metrics that you’ve got in there — that’s when you can start thinking about marketing. We focus on creating engaged users. We believe an engaged user is more likely to tell his friends about our games, and more likely to monetize.

Takahashi: How do you go about choosing things like an ad network?

Takahashi: Jussi, why don’t you talk about paid versus non-paid user acquisition?

Laakkonen: The new way for games coverage, like everyone says, is a friend showing another friend a game. “Hey, you have to play this.” That’s the best way for a consumer to find a game. You want to have that happen, but you need to delve into paid acquisition, which is very different in the social and mobile markets.

The social market on Facebook exploded, all on the back of viral acquisition. Seeing what your friends play, whether it’s spam or whether it’s authentic. Facebook shut down spammy ways for acquiring users. Whereas [with] mobile, you started by taking out your phone and showing your friend.

I think mobile is actually relatively sophisticated nowadays in paid acquisition. There are people who can help you arrange your campaigns. There are supply-side platforms that help mediate those campaigns. The one thing we have not cracked yet in mobile is the social angle. Not the Facebook-style spam that we all hate, and we’re still kind of afraid of. Every time we add an app on Facebook, we’re like, “Will this game spam me?” It’s always a question. But that’s something that still remains to be cracked. Is there a way where I don’t need to pull out my phone, but I’m somehow able to share and compete with my friends? We’re working to revolutionize the way people do that.

Takahashi: Can you talk about Everyplay for us?

Laakkonen: We do videos of game replays that people can share with friends. Seeing the game, actually seeing what the game is, it inspires some emotion. “Hey, I’m having a great time with this. It’s a fantastic game.” What we’re trying to do with Everyplay is to replicate that moment. We record the gameplay as it happens into a video container. You don’t have to think about it. It just happens. Then they can share it. Like if they had a great fight in Clash of Clans or a great race in a racing game, they can share that in their networks. We see that when a share happens on Facebook, 12 percent of the people who see that replay, on average, immediately go and download the game. Twelve percent is a really good when you think about conversion rate.