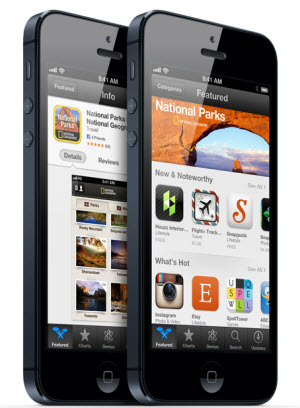 Takahashi: I think Chartboost even noted that there were daily opportunities as well. Saturdays were an unexploited day.

Christofferson: That’s true. We decided to pull back on the period leading up towards Christmas, and rather focus on the period after Christmas, when there were so many new devices in the market. Because there was so much new supply, demand actually went down, as the brand advertising started to run out. Most game developers don’t want to spend very much anyway. On top of that, you have all these people with new devices who are looking for games and who have time to play. We took advantage of all those things.

Rotem: What I’m saying is that you don’t need to be worried about costs rising or lowering that much. This day is less expensive, that day is more expensive. When you share revenue, you aren’t worried about the quality of the traffic, you’re actually worried about the lifetime value. You have to know what your acquisition costs are so you can know that the value is higher than your acquisition costs. When you’re forming a partnership with a platform supplier, a revenue share model aligns your interests. You’re paying only when you generate a new real player.

Takahashi: So how much revenue are they sharing?

Rotem: As much as you want. As I said, this is a partnership. The way it works, when we decide to get to a revenue sharing deal, we both sign an NDA, we go out for drinks, we shake hands. Then the developer shares the sensitive data that they never want to share. We tend to mix lifetime value and conversion rates. What we need is to estimate lifetime value when we actually see revenue from the users. Generally speaking, roughly, we’re talking a 50-50 revenue share after platform fees. Facebook and Apple get their 30 percent. After that we take 35 percent of what the user spends on the game.

Laakkonen: We have revenue sharing deals on Facebook where we’re using our traffic from our cross-promotion network with publishers who want their game to grow. We took all the risk. We could have lost all the traffic. We ask for 50 to 65 percent revenue share back to us, after platform costs, only for users we brought. We took on the risk. You can still find your users out there and you would own 100 percent of them. This is actually a specific form of publishing. This is distribution. In publishing deals, people would take as much or more, and they may not even fund it. When you look at the spectrum of what you can do in user acquisition, it’s getting smarter.

It’s time to maybe think about outsourcing. If you decide on your core competence, you can go mobile or Facebook. You still pay. They’re taking a revenue share model system, a distribution partnership. Then you can go all the way to a publishing deal, in which somebody else is publishing your game, like Activision, and they acquire ownership of your [intellectual property].

But before you jump into user acquisition, you should probably start on the quality of the game. If you can’t put in any money into quality, nobody’s going to give you users. Nobody’s going to publish a game like that. You have to start by getting your own costs in order.

Takahashi: Billy, tell us about App-o-Day and what’s been changing in app discovery lately.

Shipp: We’ve all the seen the growth of app discovery services like Free App-o-Day over the last few years. Some new services entered the market. The reason that’s happening, and the reason these services are attracting funding, is because fundamentally they work. Dean talked about discovery happening in the App Stores. Jussi talked about discovery happening via word of mouth. Both of those are great mechanisms, but you can’t count on an App Store feature.

You need something to kickstart word of mouth. Running a promotion is a great way to do that. A sale is the classic model in the marketplace to drive demand. If you have too many fish at the market, then you need to sell more fish. Then you lower the price to get more customers for a period of time. That’s exactly what these platforms do. I think we’re seeing more users gravitating towards these platforms as a way to find great deals on great apps. We’re finding more developers using them as a channel.

Takahashi: What kinds of things are going to come to the rescue here? Is consumer app search going to be an interesting feature? Something like a Google search for mobile.

Laakkonen: I’m not really a believer in that. Outside of the App Store, app search won’t matter. For the average consumer, when you ask them, “How do you find games?” it’s either “A friend tells me” or “I check the app store.” There’s not going to be much room left for specialized app search even when Apple’s App Store search competitors give Apple a few tips on how to fix it. There’s not enough consumer demand for an application that lets you search for other applications. It’s a niche. I’m not really high on it.

Bielau: I see the App Store’s evolution going in a direction where the whole social forum comes into play, and this will be dominated by Google and Apple at first. I see that as soon as those two bigger players are opening up and providing voice and SMS [text message] services themselves, as the telcos do right now, they have on the one hand the information about my app usage — what games I play, what apps I own — and on the other hand they’ll have that interaction layer between people. When I call Jussi, when I’m sending an SMS or a message or chatting with him, I’ll get a recommendation based on my preferences and based on my user behavior in the app ecosystem.

These kinds of contacts, I would say, will be happening soon, promoted by one of those two. That could be by audio, when we talk, or prior to the talk. Maybe the call is for free after an app recommendation. Or it could be in the context of messaging. The system makes a recommendation that would fit my preferences, as well as having an indicator of what my friend Jussi has done with his applications before. This is just the whole approach. Currently, the app stores are more or less closed systems. It’s kind of a broadcasting approach. I definitely see something happening in that other layer.

Disclosure: The event organizers paid my way to Hamburg, where I moderated this panel. Our coverage remains objective.