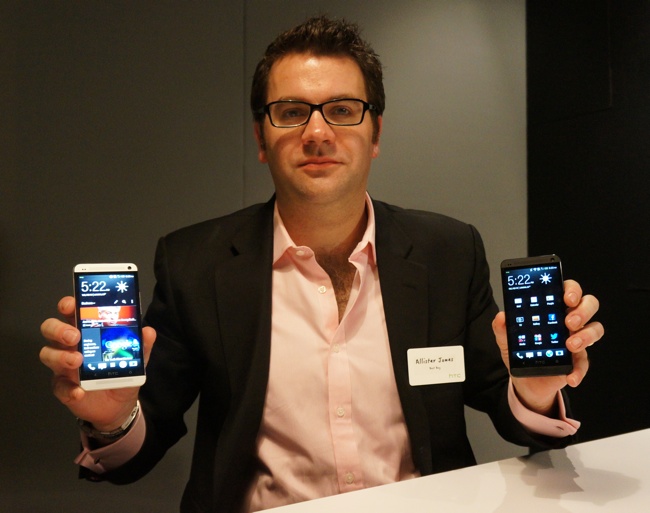 It’s not just gadget geeks that are eager to see HTC back on top. Best Buy is the main retail partner for the newly announced HTC One, and it’s going to great lengths to make sure that the mobile phone is a success.

“The reason why we’re excited about this one is we need HTC back in the market,” said Best Buy head of marketing Allister Jones in an interview with VentureBeat this morning. “We need customers to have more than two choices when it actually comes to smartphones. So we’re excited not just about this phone from HTC but to see what else comes from HTC this year.

“It’s going to be an exciting year for smartphones.”

[Check out our hands-on with the new HTC One.]

The HTC One will be available on AT&T, T-Mobile, and Sprint in late March.

Early on in the interview, Jones and I both recounted fond memories of last year’s HTC One S. That was one of the best Android phones I’ve ever used, but for some reason it never took off with consumers. Seemingly aware of that, Jones said that Best Buy is going to “talk to consumers in a slightly different way” and that it’s also partnering with HTC on a collaborative marketing effort.

“We haven’t done a lot of this with HTC, but we feel really confident that the plans we’re putting in place for the end of March and through April will be good for creating awareness for this device and awareness that Best Buy is probably the best place to buy it,” Jones said.

Marketing the HTC One will be just one of many ways Best Buy is going to focus more on mobile this year. Jones also hinted that we’ll see marketing efforts from Best Buy’s website directly lead consumers to the One S in stores. Best Buy will also be training its staff on the HTC One in addition to the other product training they normally receive.

The retailer is also considering ways to promote its in-store pickup option. (While Amazon and eBay are both dabbling in same-day shipping, Best Buy already has technically been doing that for years with in-store pickup.)

It seems difficult for Best Buy to focus so much on a single phone when it’s also benefiting from sales of competing devices. Jones admitted that this was a complicated situation, but he added that Best Buy is also focused on making sure consumers find the devices that best fit their customers.

“Our sales people aren’t incentivized to sell one product over another, but they are hugely enthusiastic about matching people with technology, it just has to be the right technology,” Jones said.