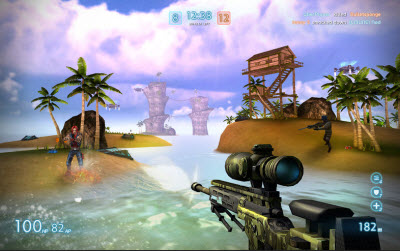 The Beijing-based company believes that social shooting games will overtake game consoles. That may seem silly right now, with games like Call of Duty: Black Ops II generating more than a billion dollars in revenue in a matter of weeks after launch. But Cmune, which has 10 million registered users and 1.2 million friends on Facebook, is looking ahead.

DCM provided the funding, but it did not disclose the amount of the investment.

Games such as UberStrike are pushing graphics on web-based social platforms and mobile devices forward, and Cmune hopes that there will eventually be a billion-dollar first-person shooter game market on the new platforms. The advantage that Cmune has is that its games are free-to-play, requiring no upfront investment from the gamer in playing a hardcore game on Facebook or other platforms. 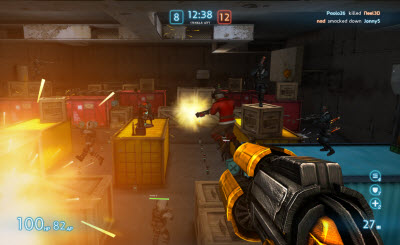 Cmune recently announced that it was spreading beyond Facebook to GameStop’s Kongregate and is developing versions for iOS, Android, and other mobile devices. It previously announced it had raised money from Atomico, the international venture capital firm founded by Skype co-founder Niklas Zennström.

Cmune makes free-to-play 3D shooter games such as UberStrike (pictured), which is the largest first-person shooter game on Facebook. It is also available on UberStrike.com and the Mac App Store. Cmune now has 1 million downloads on the Mac.

Cmune now has 20 employees, and it has tapped fans to generate new maps and concept art for UberStrike. Cmune was founded in 2007 in Seoul, but most of its team is now in Beijing.