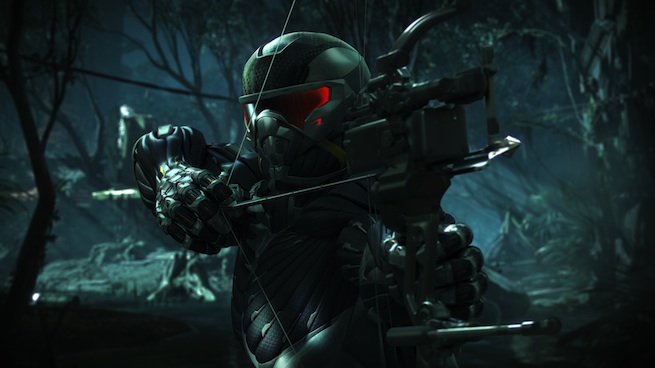 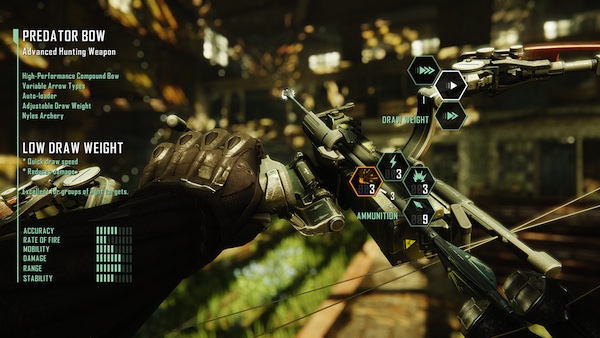 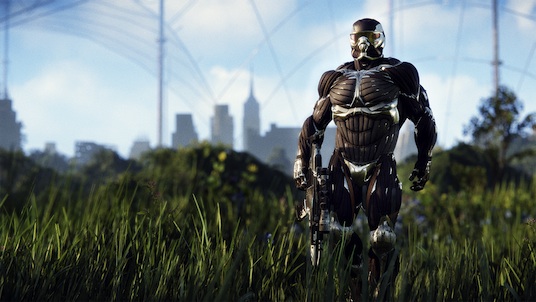 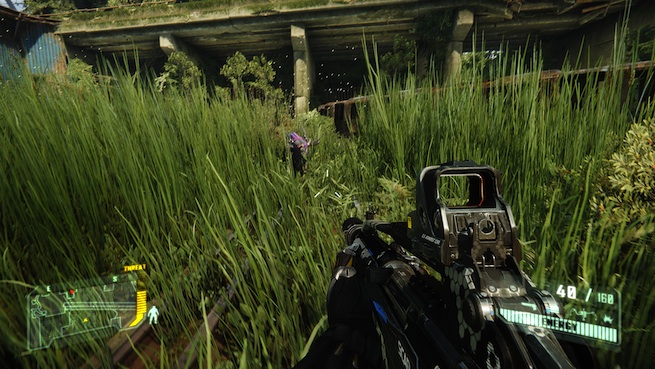 Abilities unique to the nanosuit — air stomps, super jumps, cloaking, and armor — do add a few interesting wrinkles to an otherwise familiar setup. The verticality of the multiplayer maps likewise present interesting opportunities to take down your opponents. And the new Hunter mode is fun if short-lived: teams of two “hunters” (nanosuit players armed with the bow) must kill the other players (human grunts with no nanosuit powers) before time runs out. If the clock hasn’t expired, the dead return to the match as hunters themselves.

But even with the Crysis 3-specific changes, I felt like I’ve been through this before. I’m not sure if it’s enough to sustain a sizable multiplayer community.

The user interface is sometimes overwhelming. As useful as the tactical visor is, the information contained in its visual icons is a lot to take in. Hours after the tutorial, I still had to remind myself what this color meant or what that bar on the lower left side of the screen was for.

I also felt like Crytek struggled with mapping so many gameplay functions to a single controller — I played the Xbox 360 version, so I didn’t have the luxury of using a mouse and keyboard. In particular, the “back” button was the cause of endless confusion. If you just tap it, it brings up the nanosuit upgrade menu, but if you hold it down, the weapon-customization menu takes over the screen instead. Either option doesn’t pause the action at all, so you can imagine the stress of accidentally triggering one menu over the other during combat. 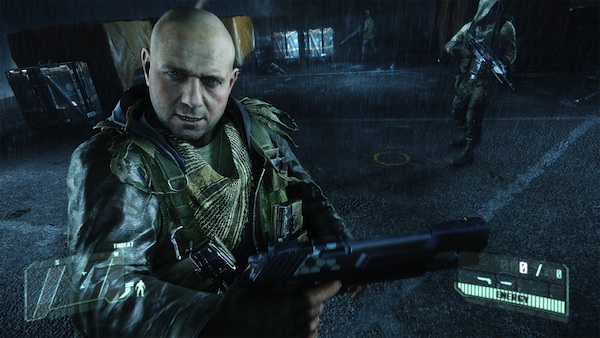 Crysis 3 is the strongest entry in the franchise. The puzzle-like combat scenarios have never been better with its suite of gameplay options and opportunities while the engaging narrative urges you to see Prophet’s journey through to the end. And if you’re a console owner, you can rest easy knowing that it still looks great on seven-year-old hardware.

However, the PC is still the best way to see and take advantage of the latest advancements in Crytek’s CryEngine 3 — all the screenshots you see here are from that version. Just make sure you have the right specs to pull it off.