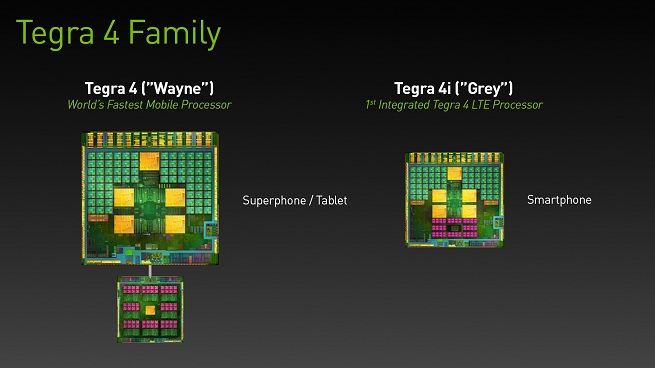 Mounting its biggest challenge to market leader Qualcomm, Nvidia is introducing its first mobile processor with integrated wireless data technology. The company says the result will be smartphones with killer processing power and 3D graphics. 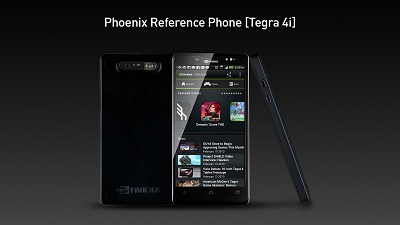 The new Tegra 4i has the highest performance of any single-chip smartphone processor, according to Santa Clara, Calif.-based Nvidia. The chip represents the maker’s big chance to grab market share in smartphones as it shifts from its mainstay business of developing graphics chips for personal computers to creating chips for mobile devices.

Nvidia is announcing the chip ahead of the Mobile World Congress event in Barcelona, where the Tegra 4i will be on display. It will also have sample smartphone designs to make it easier for customers to adopt it. As you can see from the above picture, the Tegra 4i is smaller than the Tegra 4 chip for tablets and superphones.

But the competition is tough. Qualcomm is introducing its 600 and 800 series Snapdragon processors in the coming months, and it has lots of design wins. Those processors have high-end 3D graphics and high-speed LTE data networking that can deliver 150-megabits-a-second data access (once such networks emerge).

Still, Nvidia says its chip is half the size of its competitor’s, which means it will likely be cheaper and consume less power, resulting in longer battery life. Nvidia claims that the Tegra 4i can generate performance per square millimeter that is 2.5 times better than the Snapdragon 800 series chip. The 4i’s raw performance is also faster, and it delivers blazing fast Web browsing, Nvidia said.

Nvidia’s chip is sampling now, and a few phones could feature it later this year. But more smartphones with the chip should debut in the spring of 2014. Qualcomm, by contrast, said devices with its 800 series chip could appear mid-year.

“The Nvidia Tegra 4i looks competitive on a performance-per-mm2 basis, but until we see third-party tests between Qualcomm’s Snapdragon and Nvidia’s Tegra 4i, no one knows for certain,” said Patrick Moorhead, president of analyst firm Moor Insights & Strategy. “Qualcomm did provide enough performance details at CES where one could derive a reasonable competitive estimate. If the Tegra 4i performance estimates do stand, then Nvidia could be very competitive, particularly in China and southeast Asia, where performance at a cost level means a lot.”

Moorhead added, “Nvidia’s biggest differentiator with the 4i is its integrated and software-upgradable LTE modem combined with its graphics brand.  This could be the first significant threat to Qualcomm in that it’s the first time a high performance system-on-a-chip with integrated LTE is available from someone other than Qualcomm.”

The Tegra 4i, previously code-named Project Grey, has 60 custom graphics cores for 3D graphics and four heavy-duty microprocessor cores to handle computing tasks. It also has a version of Nvidia’s i500 LTE modem, optimized for integration with the processor. The modem can deliver up to 150 megabits per second LTE data service. 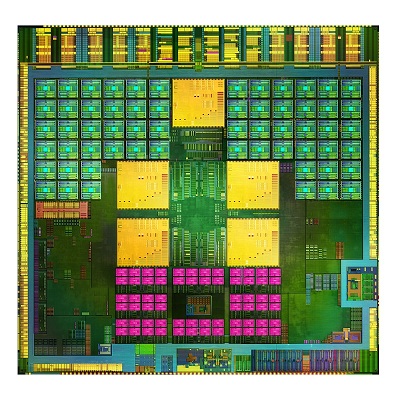 Phil Carmack, senior vice president of the mobile business at Nvidia, said, “Nvidia is delivering for the first time a single, integrated processor that powers all the major functions of a smartphone. Tegra 4i phones will provide amazing computing power, world-class phone capabilities, and exceptionally long battery life.”

ARM and Nvidia jointly designed the new CPU, basing it on the ARM Cortex-9 processor. Tom Cronk, executive vice president at ARM, said the project focused on driving performance, efficiency, and improvements in streaming and responsiveness.

The Tegra 4i has lesser graphics capabilities than the 72-graphics-core Tegra 4 introduced in January for tablet computers and Nvidia’s Project Shield mobile gaming device. But it’s still a powerhouse, with more than five times the number of graphics cores as last year’s Tegra 3 processor.

The LTE modem is an optimized version of Nvidia’s i500 software-defined radio chip, with LTE and network-upgrade technology. The 4i mobile processor’s camera includes the Computational Photography Architecture first seen in the Tegra 4. The advanced features include high-dynamic range, where the camera can take a good picture even it contains bright and shadowy parts.

The camera also has tap-to-track functions and panoramic photos with high-dynamic range.

To spur adoption, Nvidia introduced its Phoenix reference smartphone platform — a design that phone makers can use as a model for their own smartphones. The platform’s purpose is to help customers get to the market quicker.