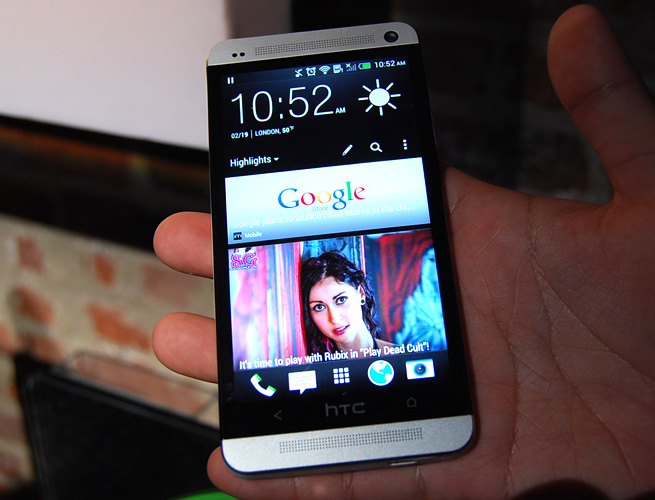 NEW YORK — HTC has had a tough run in the past few years, with its revenues shrinking and its Android smartphones consistently losing buzz to Samsung. It needs a jumpstart.

The company held an event today in New York City to do just that. It used the event to announce a new flagship Android phone — the HTC One.

After using the phone for a few minutes, I found the HTC One to be a well-built beast that is full of smart features. It has a rich 4.7-inch 1080p display, a speedy 1.7-GHz quad-core processor, and runs Android 4.1.2 with the new “Sense 5” skin of Android. Its metal body feels nice in the hand, and it’s not too heavy to be uncomfortable.

On the feature side, a few things stood out. First, it has a camera that can shoot video and take stunning pictures at the same time. Snapping a photo on the phone was a joy — like it has been in the past on other recent HTC Android phones.

It also has software called BlinkFeed (think a feed of info and updating widgets from content providers you like) that closely resembles Windows Phone 8’s live tiles and news discovery apps like Flipboard. We’re sure the folks behind Windows Phone are freaking out a little right now because it has such close similarities to live tiles. (Check out the video below for more.)

One feature on the HTC One, however, fell short — the highly touted Beats Audio sound is supremely underwhelming. I blasted an Ellie Goulding song out of the phone’s front speaker, but I could barely hear it in a crowded room, even when it was next to my head.

All in all, this is a sleek smartphone with a lot of promise. Android fans on AT&T, Sprint, and T-Mobile should take notice and seriously consider this as their next smartphone.

That said, with Samsung’s Galaxy S IV event rumored for March 14, HTC will need to push its marketing harder than ever to cut through the noise.

Check out more photos of the HTC One below. 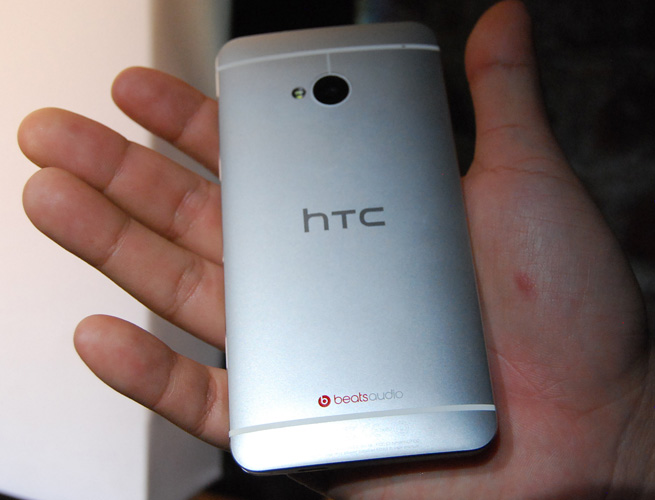 Above: The HTC One

Check out video of BlinkFeed in the video below.