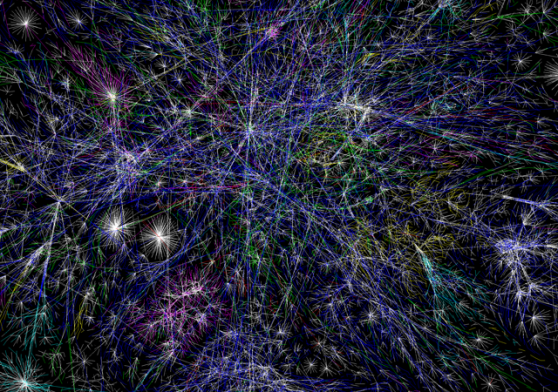 The Internet may be home to an endless sweep of distractions, memes, and cat pictures, but it’s also really small.

So claims a recent research paper by Hungarian physicist Albert-László Barabási, who says Internet users are only 19 clicks away from any of the estimated 14 billion web pages online.

Using a simulated model of the web, Barabási determined that though the Internet is massive, search engines, aggregators, and indexes keep it tiny. Just like Kevin Bacon links the stars of Hollywood, Google links the pages of the web.

That interconnectedness persists at scale, too, which means that no matter how big the web gets, it will essentially remain the same size.

But what Barabási’s research really shows is that companies like Google and Facebook are succeeding in their missions to connect the world. Google’s mission, as it explains it, is “to organize the world’s information and make it universally accessible and useful,” which is exactly what it’s doing.

Facebook’s is a permutation of the same theme: “Facebook’s mission is to make the world more open and connected,” the company says. Same goes for Twitter, at least as of January 2011: “Our goal is to instantly connect people everywhere to what is most meaningful to them.”

Universal, unencumbered connectedness is the mission behind just about all major Internet companies nowadays. Everyone wants to be Kevin Bacon.