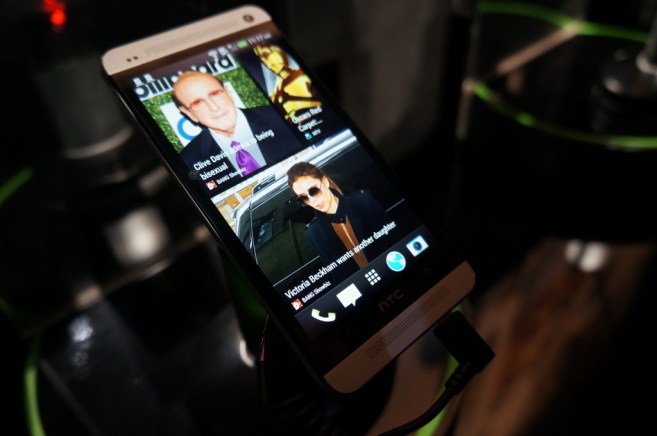 HTC just unveiled its next major Android smartphone: the HTC One.

HTC President Jason Mackenzie (below) didn’t waste any time in debuting the phone at the company’s press event this morning in New York City, saying, “HTC saw a massive opportunity to introduce some excitement into the smartphone … I’m not talking about just another set of incremental improvements, I’m talking about taking a bold step forward and delivering something that’s truly new and fresh.”

The new HTC One matches all of the leaks we’ve seen so far, with a more refined version of last year’s design and some hints of the iPhone 5’s design. It features a new version of HTC’s Sense Android skin that relies on a Blinkfeed, an ongoing series of social and news updates on your home screen. It looks a lot like what Microsoft has been trying to do with Windows Phone.

The HTC One is certainly a looker, with a 4.7-inch 1080p screen and a design mostly fashioned out of metal. The company boasted that traditionally phones needed some sort of non-metal area for antenna reception, but it managed to break through that barrier. It’s powered by a fast 1.7-gigahertz quad-core Snapdragon 600 processor and 2 gigabytes of RAM. 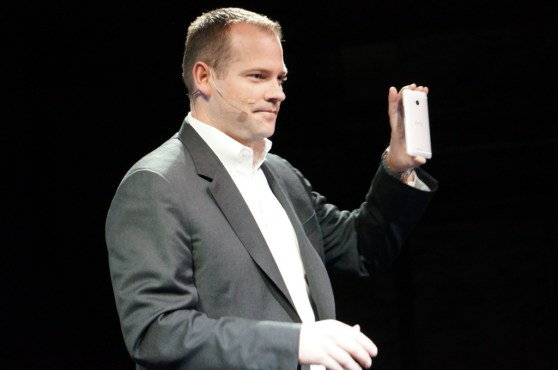 The phone also features two front-facing speakers for true stereo sound, which works together with a powerful amplifier and Beats Audio technology to deliver loud and accurate music. The HTC One also features two microphones for “HDR” recordings (that’s a marketing term for very high quality recordings) and excellent call quality. The phone monitors the ambient noise when you’re making a call to dynamically adjust the in-call volume and frequency response.

Continuing the company’s focus on camera technology, the HTC One features an “Ultrapixel” camera, which HTC claims absorbs 300 percent more light than traditional pixels. That’s yet another marketing pitch, but HTC pointed to examples that showed the HTC One’s camera beating out other smartphones in low-light performance. The camera works together with HTC Zoe, a feature that allows the phone to quickly record short video clips and pull out photos. You can also use Zoe to build short video stories, similar to iMovie.

Mike Woodward, HTC’s president of the Americas, announced that the HTC One will be available in late March in silver and black. It’s launching in eight countries with 185 mobile operators and retailers, the company’s largest rollout ever. In the U.S., it will be available on AT&T, Sprint, and T-Mobile, as well as through Best Buy stores. The One strongly resembles the HTC-built Droid DNA, which launched on Verizon in November.

Given its dire financial earnings over the past few quarters, HTC needs a killer device soon to survive. At this point, the HTC One looks like a solid device, but that may not be enough to grab attention from the iPhone and Samsung’s upcoming Galaxy S IV.