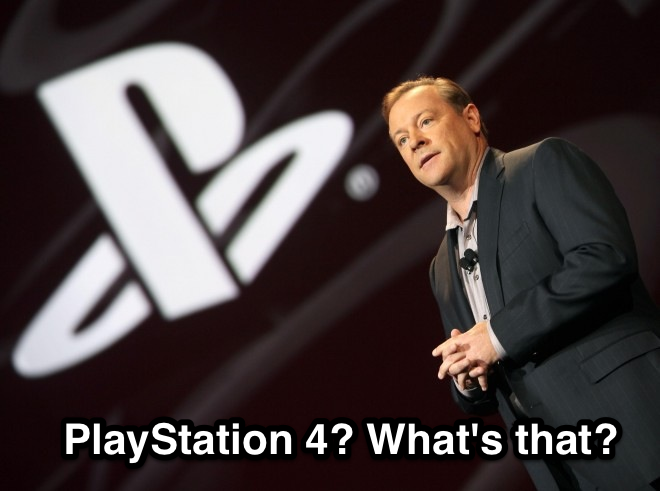 We have no doubt that Sony plans to announce the PlayStation 4 tomorrow. With all the hype surrounding PlayStation Meeting 2013, Sony would be crazy not to show off a new console. But what if Sony doesn’t have the PS4 lined up? The company could completely disappoint us tomorrow with any of these headlines.

Sony announces a PlayStation Vita price drop for the U.S.
Sony already slashed the price of the Vita handheld in Japan. In hopes of revitalizing the system and bringing it into the public eye, Sony announces a $100 cut for the Vita. We can hear a collective sigh throughout the Internet, and Sony posts an update on the PlayStation blog making the drop seem like the biggest news in gaming since the announcement of Grand Theft Auto V.

Sony announces a Vita Slim
The Vita isn’t selling nearly as much as Sony had hoped. Rather than simply dropping the price as it did in Japan, Sony goes big and announces the Vita Slim. It’s slightly smaller and lighter than the current Vita, and the difference is actually negligible without a side-by-side comparison. Disappointed gamers flock to Sony’s Facebook page to express their discontent. Two months later, GameStop announces that preorders are completely sold out. 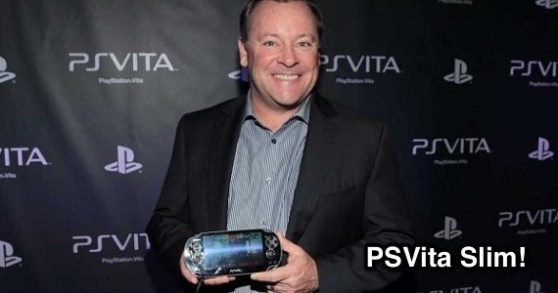 Sony announces PlayStation 3 and Vita streaming of PlayStation classics
All this buildup. All this excitement. The world is ready for PS4, and all Sony has to show is a cool new firmware update that gives PlayStation Plus members the ability to stream any classics from the original PlayStation on demand. In any other scenario, this would be pretty awesome, but we’re expecting a new gaming machine, not a new feature to hardware that’s already available.

Sony announces a new controller … and that’s it
We’ve seen pictures of Sony’s rumored controller. Multiple websites have sources telling them that it’s the real deal. Imagine this: That PlayStation controller is totally real, but it’s all Sony announces. Even worse, it’s a PS3 controller with motion-controlled Move functionality. The touchpad-looking thing is nothing more than a trackpad for the Internet browser. That’s Sony’s big announcement. Welcome to the next generation of PlayStation. 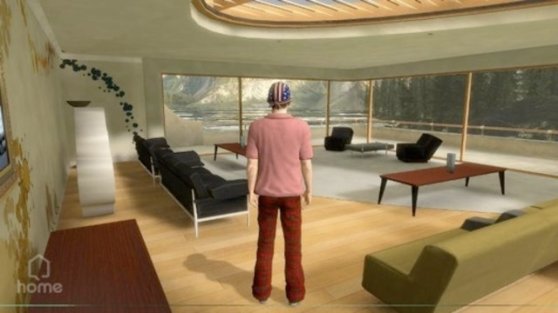 PlayStation Home gets a makeover and replaces the XMB as a central hub
PlayStation Home has been such a colossal success that Sony decides to give it a major update that is worthy of a press conference in New York. Rather than being some built-in software, Home becomes the main hub for your PS3. No more XrossMediaBar (XMB) to navigate through your PlayStation menus. Instead, you select games and applications by walking through the virtual world of PlayStation Home.

Sony pulls a “Destiny” and shows nothing but concept art
We’ve heard this one before: A company invites members of the press to a special event, excited gamers flock around to read the news, and all they do is show concept art and tell us about how cool it is. Now picture Sony inviting a bunch of folks to New York for the big PS4 reveal. Sony Computer Entertainment of America boss Jack Tretton walks up on stage and shows off some renders of what the company calls the next PlayStation. He tells everyone that it’s very cool and that we should hear more at the Electronic Entertainment Expo (E3) trade show in Los Angeles this June. The show ends, and everyone goes home. Trending topics for the night are #WayToGoSony and #PS4NoShow.