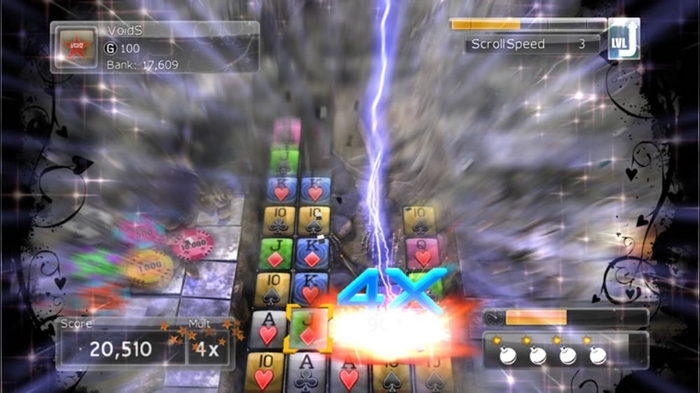 One of the best Xbox Live Arcade puzzle games is vying for a PC release.

According to Void Star Creations, the PC version is close to completion. The studio is asking for $7,500 to put the finishing touches on it. At the time of this post, the project is already at more than $1,200.

Void Star will use the money to help add new features to the game. That includes touch controls for Windows 8, a puzzle mode, and head-to-head play.

“We are examining other ports, and depending on how successful we are with PC we will take a look at Android,” Void Star Creations developer Chris Seline told GamesBeat. “But, to be honest, it is a long shot because our iOS port did not do well. We would probably rework the iOS port and see how that did before trying Android.”

Seline also said the studio would like to work with the Humble Bundle team, which periodically sells digital packages of indie games under a name-your-own-price model. That requires Linux support, so Seline says Void Star is looking into that.

Void Star Creations also has Poker Smash on Steam Greenlight, which is where Steam community members can vote on which indie games they’d like to see on the digital download service. If it gets funding on Kickstarter and makes it to Steam, all backers who contribute $8 or more will get a Steam code.

Poker Smash originally hit Xbox Live Arcade in 2008. On that platform, it received generally positive reviews. In 2010, the developer released the puzzle game on iOS.

In addition to the Poker Smash port, Void Star Creations is working Junction, a social-gaming platform where players can get together in a 3D world to communicate and launch other games with one another.