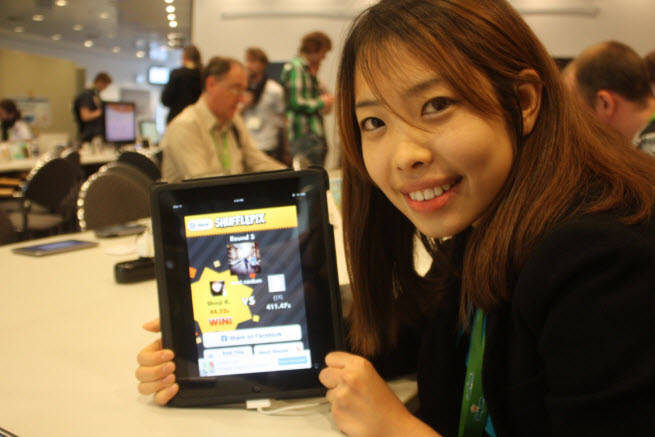 Switching careers and making games isn’t easy. But Shinji Kim pulled it off in nine months. 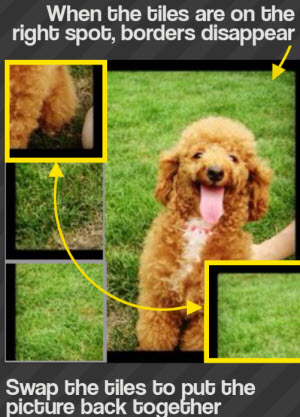 The 26-year-old New Yorker quit her job as a management consultant at Deloitte Consulting and decided to make a game. In nine months, she created social puzzle game Shufflepix and launched it on the iOS app store. She demonstrated it at the Casual Connect Europe indie showcase in Hamburg, Germany, last week and gave a talk about do-it-yourself development.

Kim, a graduate of the Stanford University Graduate School of Business, was a fan of jigsaw puzzles growing up. After she quit her job, she contemplated making her own.

“I felt it would be cool to build a puzzle game that is personal to you,” she said.

It took about six months to create Shufflepix and a few more to polish it and figure out how to launch it. Kim said she went through hundreds of iterations on the design and user interface. The game is free to download.

Shufflepix takes pictures from your Facebook profile and turns them into scrambled images. You swap the tiles around to put the image back together. When the border on the image disappears, then the piece is in the right spot. It’s a simple game, but it isn’t easy to master, particularly as a clock ticks away while you play.

You can share your puzzles with friends and see who can solve them the quickest. The game pulls you back by giving you three new picture-puzzles to solve each day. Kim, who worked as an international growth intern at Facebook, hopes that the social nature of Shufflepix will help it spread. The game is built on HTML5, the new lingua franca of the web. 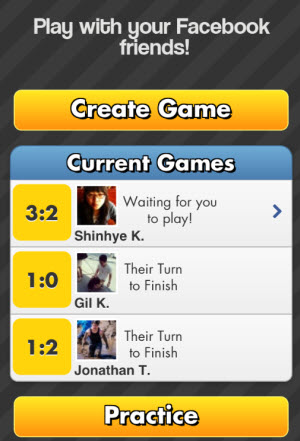 A variety of puzzle games are already in the market. Amy Jo Kim, a seasoned designer, created one called Shufflebrain on Facebook, where a user sees an image and then has to try to figure out where small snippets of that image fit while a clock runs down. But that title didn’t get traction. Shinji Kim (no relation) hopes that Shufflepix, which is very different, will get a big audience.

“I haven’t seen other puzzle games that take your pictures and make puzzles out of them on mobile,” Shinji Kim said.

The free-to-play game will have in-app purchases in the future, and Kim is thinking about publishing it on Android.

Full disclosure: The Casual Connect Europe organizers paid my way to Hamburg, where I moderated a panel. Our coverage remains objective.