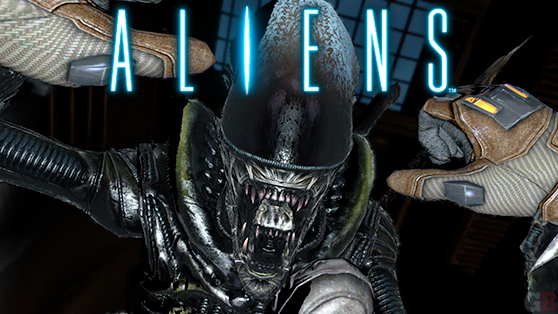 You expect Aliens: Colonial Marines (the spiritual sequel to 1986’s Aliens movie) to have some connection to its source material, but Gearbox Software went out of its way to include as many references to the Alien franchise as possible to please hardcore fans.

From the moment you board the marooned U.S.S. Sulaco to the daring escape from the musky moon of Acheron (aka LV-426), the amount of little background details that date back to the original Alien will make your chest burst with nostalgia. Compare the video game screenshots on top to the original film inspirations below.

SPOILER ALERT! The following images and information may spoil aspects of the game and movies, especially the last picture on page three. 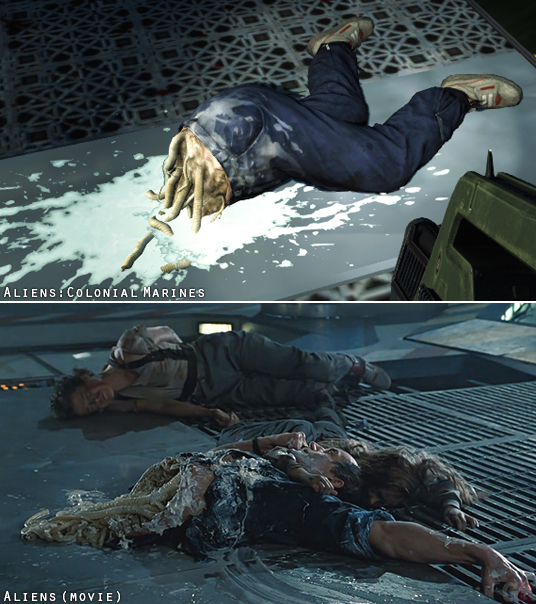 The xenomorph queen rips Bishop in half during the final minutes of Aliens, yet he still manages to save Newt from flying out of an open airlock. In Aliens: Colonial Marines, you’ll find Bishop’s lower half inside the Sulaco‘s cargo bay. Shouldn’t those legs be floating in space along with the queen? 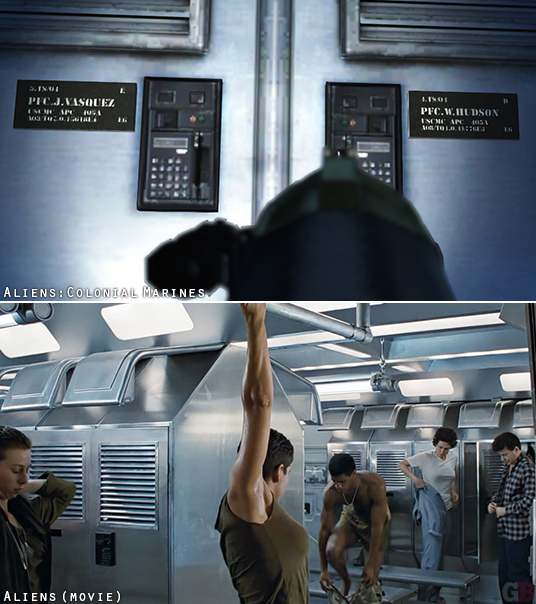 Take a close look at the lockers inside the Sulaco and you’ll see the names of the crew on them along with their respective ranks. Corporal Hick’s locker is open, but it doesn’t have a poster of a naked woman on the door like in the movie. Boo! 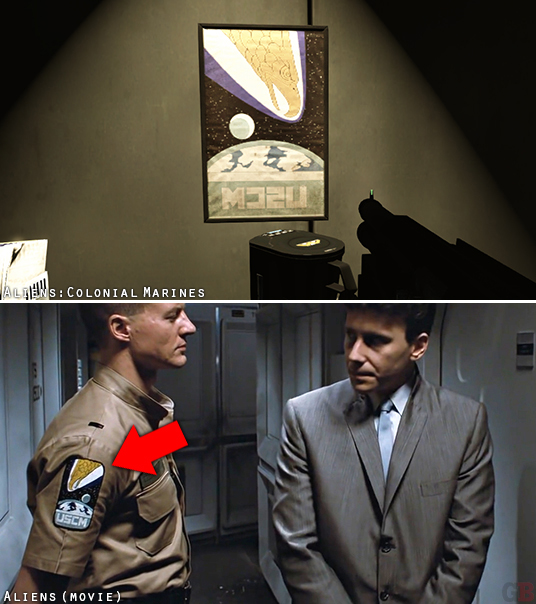 A USCM (United States Colonial Marines) poster hangs on a wall inside the Sulaco. It’s the same emblem that Lieutenant Gorman has on his sleeve, although it’s inverted for some reason. 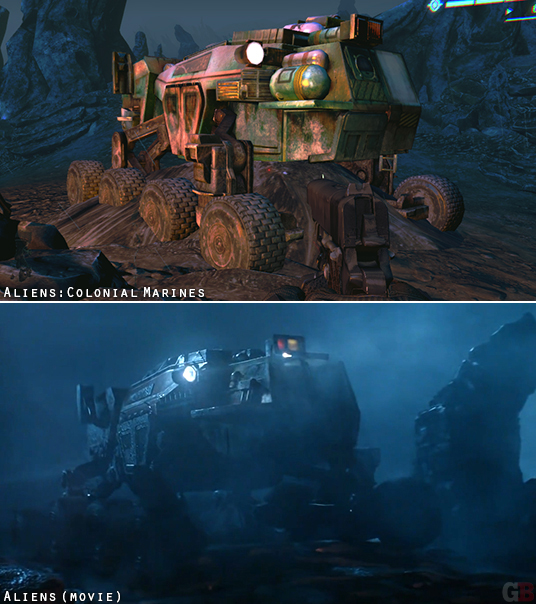 Once on LV-426, you’ll pass by an abandoned Daihotai tractor, the same one used by Newt’s family to investigate a crashed alien spacecraft. 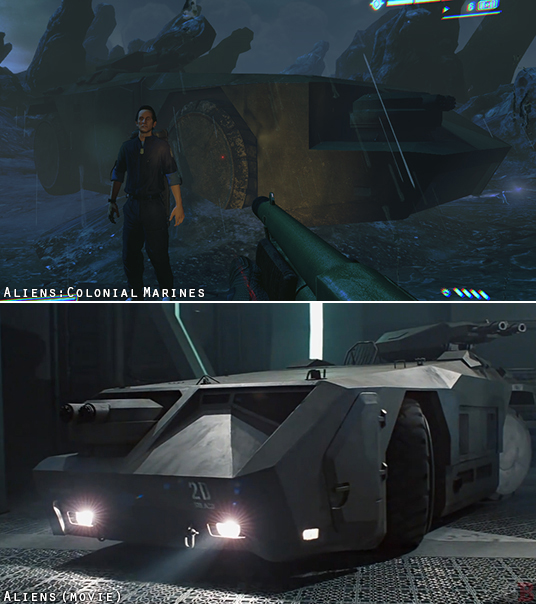 Besides the Jorden family’s Daihotai tractor, you’ll also see the M577 Armored Personnel Carrier that Gorman uses to transport the Colonial Marines from the Sulaco to the Hadley’s Hope colony. Try to ignore Bishop’s photobomb. 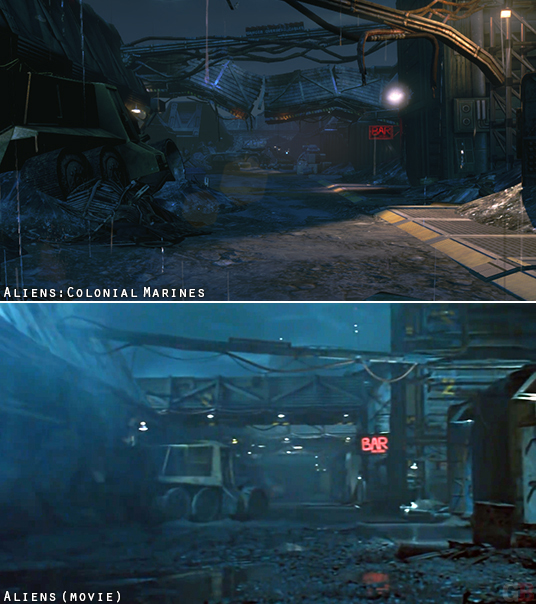 The road in Hadley’s Hope with the bar and grill neon sign doesn’t look as neat in the game as it did in the movie, but it’s still in pretty good shape considering the whole colony blew up in a 40 megaton explosion just 17 weeks earlier. … 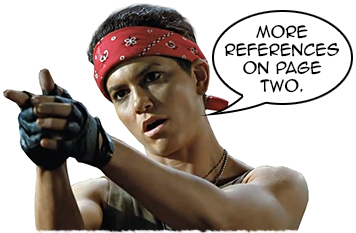