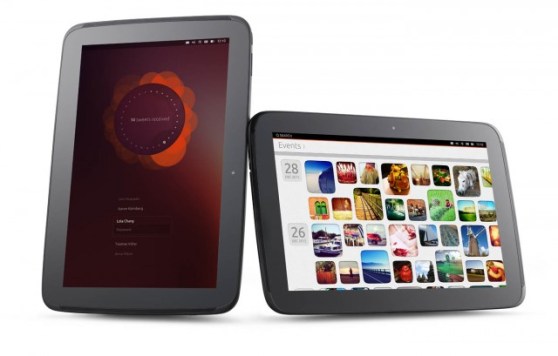 It looks like Canonical’s mobile mission is more ambitious than just smartphones.

The company today announced Ubuntu on tablets, a gesture-focused build of the operating system optimized for devices with larger screens.

As with the Ubuntu phone interface, the Ubuntu tablet interface is built to scale, meaning that it can (in theory) work just as well on a 7-inch screen as it can on a 20-inch one. This “one OS, all screens” strategy is core to what Canonical is trying to do with the mobile Ubuntu (though it’s not without its share of drawbacks).

The rest of tablet Ubuntu’s features are largely identical to those on the phone build — same interface, same universal hub, same notification center. That’s all intentional.

Canonical, however, has added some neat features to the tablet OS, the most interesting of which is called “side stage.” Clearly influenced by Windows 8’s app snap feature, side stage allows Ubuntu to run a phone app (say, Skype) alongside a desktop app (like a web browser). Canonical calls it “true multitasking.”

Canonical isn’t talking hardware partners just yet (likely because there aren’t any), but developers will be able to run Ubuntu on tablets like the Nexus 7 and Nexus 10 starting this Thursday.