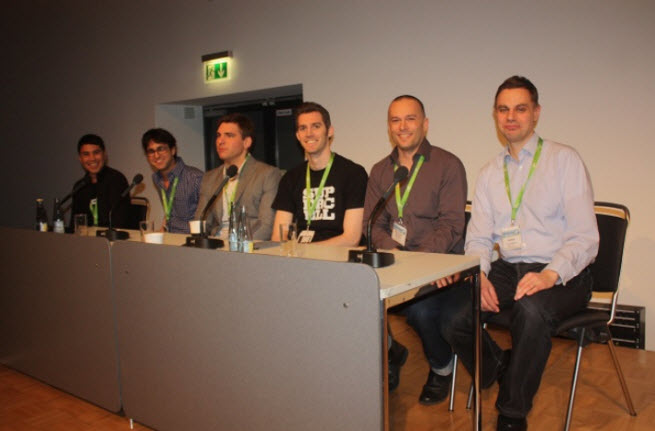 Game designers may not care about it, but acquiring users is still one of the most difficult tasks in launching a free-to-play mobile game. The problem is that a new game will compete with 132,000 other active titles on Apple’s iTunes App Store. Advertising can help it stand out, but as ad costs rise, the risks are very real that a company may pay more to get new users than it can generate a return on.

If a company pays $3 each to get 100 users, it would be outstanding if 10 percent of them convert into paying players. To get a return on the advertising outlay, those players have to generate $30 over the lifetime of the game (a stat known as lifetime value). It can’t take forever to get those users, either.

In the real world, the problem is that some companies are paying $8 to acquire a user. And mobile marketing firm Fiksu says that the cost of user acquisition rose 21 percent from November to December. At the Casual Connect Europe event, I moderated a session about the tips and tricks of user acquisition.

It’s no wonder that some companies are searching for alternatives to getting their games discovered. Some of those alternatives are shifty. Tapjoy found that out when Apple cracked down on its incentivized installs in 2011, and many turned to Android as a result. Last year, as Gree entered the U.S. market and bid up the cost of user acquisition dramatically, developers longed to be featured. Gree was accustomed to paying much more — $15 a user and advertising on TV — to get lucrative Japanese players. But in the rest of the world, consumers aren’t yet as crazy about paying for games. Alternatives have to be found, even for the likes of Gree. But the pressure on costs is rising as more brands move into the market without worrying about user acquisition costs.

Here’s an edited transcript of our conversation. They brought home the point that everyone should think about solving the tough problem of user acquisition. 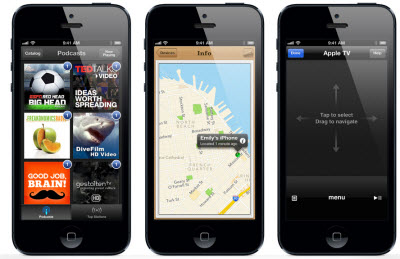 Takahashi: Is there something you want to see the platform owners do to help with discovery? And what are they going to actually fail to do that you’ll have to undertake yourselves in some way?

Laakkonen: Apple and Google have to do social better. People I like, people who know me — why can’t I see recommendations from these people? The App Store already knows all this information. They don’t even need the voice channel. They already know my information. I was so excited when Facebook and Apple became buddies. I thought I’d be able to actually see what my friends were playing. Is there a way for me to say, “Show me what someone’s playing?” No.

Seufert: Just give me an application where, if I touch down in Hamburg or Mexico City, I get some stuff to do here. Based on the location, it could be something like contact data or the relation to my friends.

Schipp: I think it’s not anything the platform operators are going to fail to do. You have to realize that app store search is broken by design. Because the app store’s discovery is broken, because it’s very hard to find apps, these platform operators control the means of disseminating apps. Everyone hopes to get featured by Apple or Google, right? That’s the holy grail. That solves all your user acquisition problems. So how do you get featured by Apple or Google? Well, you visit Apple or Google, and they tell you what direction to take your app in. They want to curate the app stores so they can set the tone of the app store, what kind of apps are being sold. If you’re trying to go against that force, you’re not going to see any return. Maybe if you were to go around it, using services like Jussi’s or other innovative ways of sourcing users. But if you try to go head to head with the dynamics of the app stores, you’re not going to do anything but waste money.

Rotem: I would like to see pay-per-click on the app stores. I don’t know why it hasn’t happened yet. Facebook has recently launched sponsored search.

Takahashi: Can you explain what pay-per-click is?

Rotem: You all know how the ad words work on Google. You search for something, and then you see an ad related to what you searched. It’s not available yet in Google Play or in the App Store, but I’m sure we’ll see it very soon. At least I hope so.

Takahashi: What predictions do you have about user acquisition going forward?

Laakkonen: I’m going to reiterate what I said a few times. I think that there remains a gap with mobile and social. We won’t succeed by stuffing the Facebook news feed with every second story being a sponsored app. We won’t succeed with a pop-up five minutes into a game. We won’t succeed with spam in your gameplay. Authentic, social word-of-mouth referral is the one way that we have. We have a brand, and we will find a way. That will happen. Afterwards, third parties … who knows?

Christofferson: I have a prediction, which is that I hope we’ll see the same kind of established practices in the mobile space that we see in the dev space, when it comes to tracking and transparency and standardization. I’d love to see more standardization, letting us share the work of our user acquisition team, focusing on acquiring the most daily users and figuring out a way to track people, whether it’s user IDs or MAC addresses.

Seufert: I think Jussi’s totally right. The good news is, Supercell already set a precedent. They did that with asynchronous multiplayer. In Clash of Clans, I can join a multiplayer game with my real-life friends. That’s an element of game design that’s not the kind of strategy you can tack on to any game’s development. You have to design a game around that. I think synchronous multiplayer will be the next big thing that iterates on what we consider user acquisition. When you have this compulsion to play with your real-life friends in real time, and it’s free, the reality is that you could bring in 10, 12, 15 users per user acquired. That reduces the cost of the effective CPIs to the point where I can acquire a user for $10 dollars because I know he’ll bring 10 friends in.

Rotem: Obviously, I see a shift in the user acquisition base. It isn’t about CPIs. You hardly see it in other industries or other forms of marketing. We come from online gambling. No one there will pay you to just bring in a person to play the game. They will pay you if that person’s spent money or a certain amount of money. They’ll pay a revenue share. If there’s a risk, it’s completely on the developer side. Somewhere in the middle is forming a partnership between the marketer and the developer.

Schipp: I agree with Eric. It starts with a great product — great product design — to lower your effective cost of install. Some of the things we know about the future marketplace is that there are going to be more devices and there are going to be more users. That’s going to create new fragments in the market as different providers crop up and they each grab a different piece of that market. The ability to then sort through all that data and find the right partners, the ones that actually work and deliver results, is going to become more and more important and more and more challenging. Tools that help people do that are going to be the valuable ones in the future.