Takahashi: We have some audience questions.

Question: Could you elaborate on your reputability strategies as opposed to user acquisition? Could you give us more details on what kind of user acquisition you do, and how you manage it so that it can be more efficient?

Seufert: We approach it the same way you’d approach managing a portfolio of stocks. You just diversify the channels you bring in from. You want channels that control their own users. You don’t want to aggregate sources. I feel that if I diversify the channels I’m bringing in, and all those channels own their own users — they’re not aggregated — then I can estimate the value of those users in that pool. That’s the easiest way to do it, and I also think it’s the most cost-effective way. Spread your money across a number of channels, but make sure that they’re not aggregators, and make sure you know how much a player coming into your system is worth, from a very macro view. 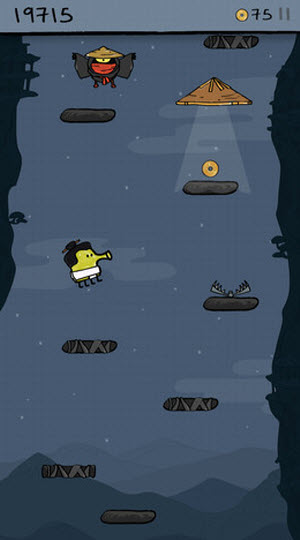 Question: Which is the most cost-effective way?

Christofferson: I believe more in driving high-quality users than finding a channel with the lowest CPI. To answer your question that way, I’d focus on channels that will allow you to showcase your game and provide something different and better than your competitors. We see that interstitials and videos, especially videos, are great for that. I think a great way to showcase and demonstrate the funny characters in a game like Hay Day and to show actual gameplay is through video.

Question: Is there any user acquisition going on from premium apps?

Laakkonen: We work with a video advertising network called Impact in addition to Everyplay. People ask us to promote things through that. It’s going to be really hard for anybody to make money on this while you’re doing this yourself. People expect a deal, and the conversion rate is going to be low. Expectations are not very high for that. Maybe going down the cross-promotion trail with ChartBoost or something like that, with somebody who also has a paid app.

Seufert: Yeah, that’s what I’d say. Go to an affiliate network, in that case, where you know exactly what kind of environment you want to promote yourself in. The ability to do a media barter or something. That’s probably the best way to go with paid apps.

Schipp: A premium app can happen to be a paymium model, where it’s a paid app with in-app purchases. You can run an App-o-Day type of promotion and drive a lot of new users that way. You’ll see a nice lift in the charts, and then a halo effect after the campaign ends. That can work very well as a basic strategy for adding users for a short period of time.

Question: You’ve given a lot of good information about mobile exclusively, but a number of you also have some interesting experience on the web. That’s where companies like King.com are doing really well across platforms. I wondered if you had anything to say about leveraging the web in addition to mobile?

Laakkonen: One thing we did was that we experimented on cross-promoting mobile apps on Facebook. There was a lot of interest. We got a lot of clicks. But there was a fairly low amount of installs. People would click on the ad, but no installs were happening. Even with Google Play, where you can actually install the application through Google Play in your browser, even their conversion rate was fairly small. But this was promoting a game from a different game.

I think something we haven’t touched on is the death of reviews. Who reads reviews? Very few people. However, I can go out and look for the folks who like, for example, your game. You can go to a video website, and then you find the app there. It makes total sense. So I would look for verticals that actually apply to your game and see if you can get in there.

Christofferson: I just wanted to add, from our experience, a developer can do cross-promotion that way — trying to take a game from mobile to Facebook to web, obviously. On the user acquisition side, I have to say that 95 percent of the time, where your game is, that’s where you should advertise. If it’s a Facebook game, advertise on Facebook. It’s really hard to convert players from outside Facebook into Facebook, or from Facebook to mobile.

Question: Do you think that, in these emerging strategies of user acquisition, there’s room for something offline, or even TV? What’s your take on other absolutely unorthodox methods?

Bielau: Preinstallation — there’s great numbers of tablet sales out there. They’ll be overtaking PCs in the near future, or they already are. If you look into those deals, being preinstalled and distributed — mainly on Android tablets and devices — that’s one way to go. Point of sale is another one. Using distribution channels like retailers, Starbucks, Best Buy, [and] Wal-Mart, can drive a lot of traffic to your mobile game if it’s done right.

Disclosure: The event organizers paid my way to Hamburg, where I moderated this panel. Our coverage remains objective.