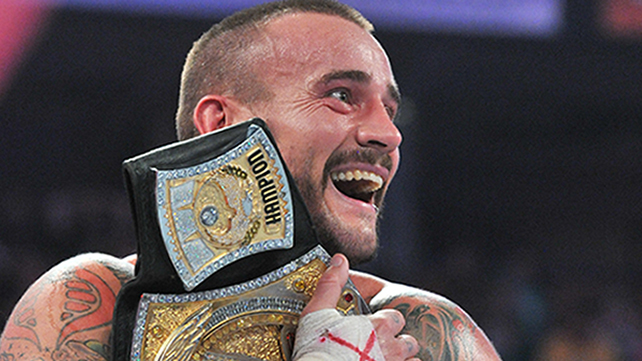 Ladies and gentlemen, 2K Sports is your new heavyweight champion of the world.

The sports division of Take-Two Interactive revealed that it’s taking over publishing duties for the coveted World Wrestling Entertainment franchise, according to ESPN. The publisher agreed to an exclusive five-year contract with the WWE, and developer Yuke’s is working on WWE 2K14 for release this fall.

“We looked at a lot of different leaders in the industry and talked to all of the big guys, and for us, we had been with THQ for so many years, it was nice to finally go out and date a few other companies and see what kind of thought process they had about the video game industry going forward,” WWE executive vice president Casey Collins told ESPN. “As we look at the next-gen systems coming out, whether that’s this holiday or next holiday, we want to make sure we align our property with who we thought would be a leader going forward on these next-gen systems.”

Take-Two didn’t announce specific platforms for WWE 2K14, but it’s likely to hit every major console on the market.

Japanese Developer Yuke’s previously worked on the WWE games under publisher THQ, but the property entered limbo when THQ dissolved in Bankruptcy court.

“We’ve been very happy with what Yuke’s has done in the past,” said Collins. “What we’re going to do moving forward is meld Yuke’s with the team at Visual Concepts, so we can have the best of both worlds. Having Yuke’s experience and then getting the Visual Concepts guys on board with them, we think this is going to be a dynamic duo.”

Visual Concepts is the studio responsible for the critically acclaimed NBA 2K13.

Take-Two also hired THQ’s publishing team that worked with WWE on promoting the previous games in the series.

“Everything that we’ve done with NBA is what we’re trying to contribute to WWE,” 2K Sports vice president of marketing Jason Argent told ESPN. “So the growth that you’ve see in the NBA franchise from the authenticity in the game to the excitement of the marketing that surrounds it is all something we expect to add to the franchise. We’re going to create one hell of a video game franchise.”

Man, that makes my People’s Elbow itch to lay the smack down on some virtual jabronis.