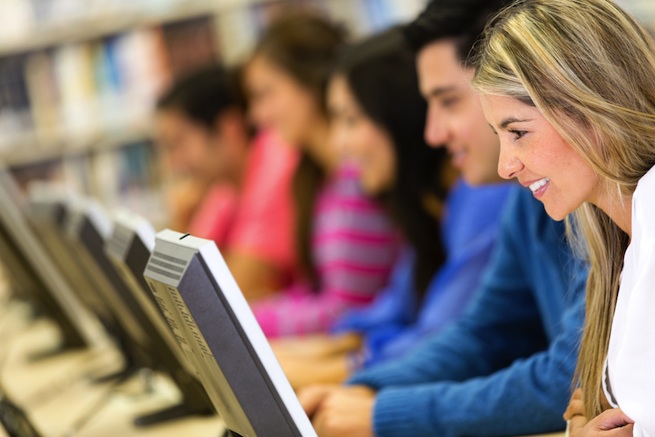 Ed-tech entrepreneurs will be spoiled for choice when it comes to picking an accelerator or incubator program.

Education’s old guard Kaplan and Pearson unveiled their new startup programs in a bid to stay relevant. This immediately led to commentators questioning whether these companies are too “corporate” to guide startups in the right direction.

As GigaOm points out, a deluge of new ed-tech accelerators have launched in recent weeks, including Boston’s LearnLaunchX and New York’s Socratic Labs (check out EdSurge’s interactive map of ed-tech startups here). Last year, there was only one: Imagine K-12.

Pearson is channeling behemoths like SAP and Microsoft with their loyalty building startup initiatives. The company won’t take any equity, but the program’s participants will have access to product experts and tools, the opportunity to present at a demo day, and a $10,000 travel stipend.

Meanwhile, Kaplan’s accelerator follows the usual model. The test prep giant is teaming up with TechStars (which is providing $20,000 in funding to each of the founding teams in exchange for equity), and entrepreneurs will spend three months intensively working in New York City with mentors from a lineup that includes Kaplan CEO Andy Rosen, Treehouse CEO Ryan Carson, and Washington Post chairman Don Graham.

For companies like Kaplan and Pearson, this is an opportunity to be part of the future of education-technology, whether it’s developer tools, online learning initiatives, or brain training games.

“Teams aren’t limited to traditional classroom education nor K-12,” TechStars’ CEO David Cohen said in a blog post. “We’re looking for teams that are thinking outside of the box on a big scale.”

However, Dan Carroll, cofounder of ed-tech startup Clever, said he’s seen plenty of ed-tech companies “fizzle out” in recent years because they didn’t communicate well with teachers and schools.

“If education-specific accelerators follow in the path of Imagine K-12 and do a great job connecting startups with savvy pilot schools and teachers, they can add a ton of value,” said Carroll, a former teacher and alumni of elite accelerator Y Combinator. He suggests that Pearson and Kaplan use their “district sales expertise” to benefit the startup ecosystem.

At the very least, these accelerators will generate a good deal of hype around the ed-tech space. But commentators remain unconvinced that it will be generate a slew of high-quality startups led by experienced entrepreneurs. It’s worth noting that these accelerators haven’t invited teachers to come on board in any official capacity.

Faculty associate at Berkman Center for Internet and Society professor Rey Junco made the case that ed-tech founders rarely consult educators when they are designing their products for classrooms. He remarked in a recent post on VentureBeat about the failings of ed-tech startups — many of them venture-backed:

“Startups in other fields don’t behave this way. Imagine a genomics startup that didn’t talk to medical researchers and didn’t base their products on research in the biotech field. Such a company would never exist, let alone be funded by a venture capital firm.”

So what are your thoughts? Will these lead to a flooded market of cash flush, poor-quality startups? Or are these new accelerator programs a positive development? Leave a comment below.