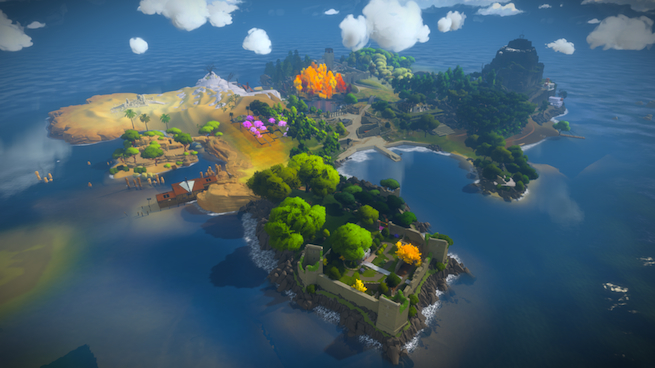 The maker of Braid didn’t bring any explosions, but he did bring an interesting new title for PlayStation 4.

Braid developer Jonathan Blow took the stage today at Sony’s PlayStation Meeting for its new hardware. Blow spoke about The Witness, his first game since the breakout hit Braid. It’s an open-world puzzle game where every puzzle contains some sort of deeper meaning — and it’s set to debut on the PlayStation 4.

“In most games with open worlds, the developers try to make them as big as possible so you’ll be impressed by the scale. In The Witness, we compress everything so you’ll always be finding new things,” Blow said in his stage presentation. “Every puzzle has an idea in it. On the design side, we worked very hard to convey — in a nonverbal way — the essence of each puzzle.”

Blow said PlayStation 4 is the only console that The Witness will hit at launch. It is also scheduled for iOS and PC.