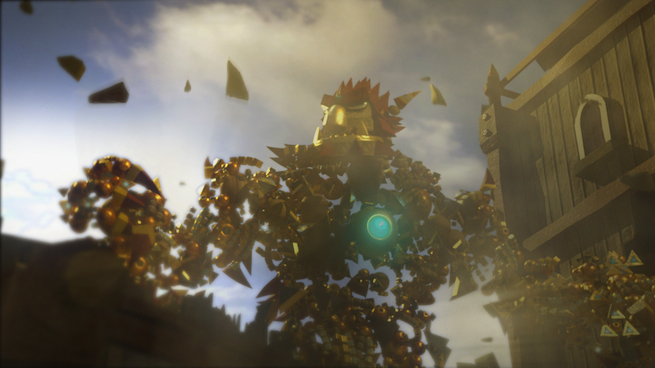 The PlayStation 4 is real, and we have the first confirmed game.

Sony announced Knack, a third-person action game for the new system, at its PlayStation Meeting today. The title features (dare I say it) near Pixar-like visuals in a world filled with goblins and the humans who fear them.

The title character is a tiny morphing robot who can gain significant strength by absorbing objects that are around him in the game’s world.

We’ll have more information as it is available.