Read all of our PlayStation 4 coverage (including games announced) here.

After many rumors, Sony has finally announced the PlayStation 4, its next-generation video game console that’s coming out during the 2013 holiday retail season — but it didn’t show what the console looks like or reveal how much it will cost.

Still, the new system is definitely called the PlayStation 4, and Sony is putting a lot of money behind this announcement and partnerships. (Read our full live blog from the event here.)

As expected, the PS4 is full of new social features and interactivity with the existing PlayStation Vita handheld console, as well as smartphones and tablets. You’ll be able to stream games from a PS4 straight to your Vita (if you own one) and there’s even the capability to take over someone else’s controller via the network (if you want to help a friend through a hard level or the like).

You may also test demos of games streamed from the PlayStation Network instantly and play games while they are still downloading. Another cool feature is starting a game from the exact point you stopped when you boot the machine back up — checkpoints be damned.

The PS4’s hardware draws on modern-day PC hardware and should be quite powerful. It includes a unified 8-core X86 processor and GPU, 8GB of GDDR5 RAM, and a built-in hard drive, an Blu-ray DVD optical drive, USB 3.0 USB ports, HDMI, digital, and Analog-AV outputs. (Read what a chip expert told us about the PS4’s potential.)

On the games front, several high-caliber developers were present to talk about new titles for the PS4. Some of the most exciting titles announced were Killzone: Shadow Fall, Infamous: Second Son, Knack, Watch Dogs, and The Witness. Finally, Bungie’s Destiny — its follow-up to the Halo series — will also land on the PS4 but it will not be exclusive.

Sony also released other details and photos that gave us some insight to what we can expect from the console in other areas.

For example, here’s what the new DualShock 4 controller for the PS4 looks like: 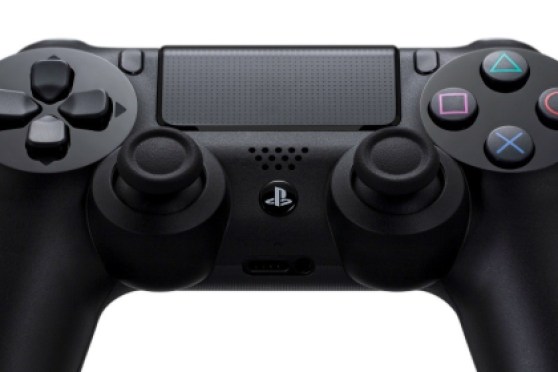 And here’s what the new user profile on the PS4 looks like: 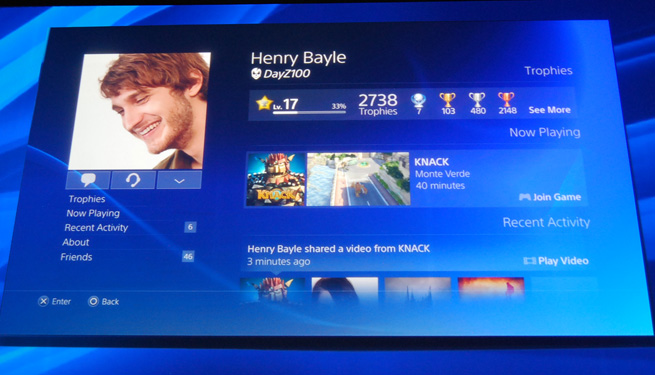 Sony has been struggling over the past few years to be a relevant player in technology, losing much of its luster to Apple and Samsung. And in the gaming arena, it has lost clout to Microsoft and the incredibly successful Xbox 360 console.

The PlayStation 3 was announced in Nov. 2006. Both it and the Xbox 360 were outsold handily by the Nintendo Wii after Sony dominated the previous two generations of video game consoles with the PlayStation and the PlayStation 2. Sony hopes to change its fortunes in gaming with the power, features, and games of the PlayStation 4.

Check out more photos from the event below. 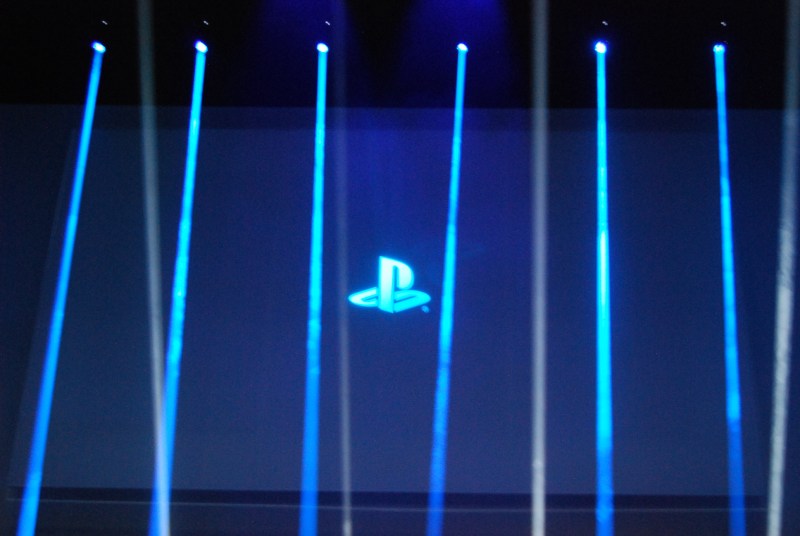