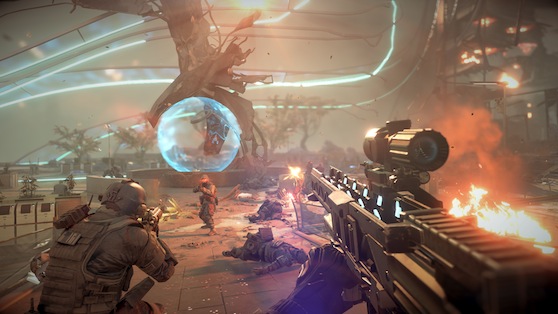 I hope you like your next-gen consoles with a pinch of first-person shooting, because Sony’s got a new Killzone game in the works.

Developer Guerrilla Games announced the fifth game in the Killzone franchise at today’s PlayStation Meeting, where Sony introduced the PlayStation 4. Like its predecessors, Killzone: Shadow Fall is a first-person shooter set in the future.

The hardware publisher and video game giant showed off a lengthy gameplay trailer that focuses on the graphical prowess of the new PlayStation 4. It starts with a massive city full of photo-realisitic humans and then deteriorates into explosions and headshots.

The trailer ended with the players sharing a video of the gameplay action using Sony’s new cloud-sharing features.