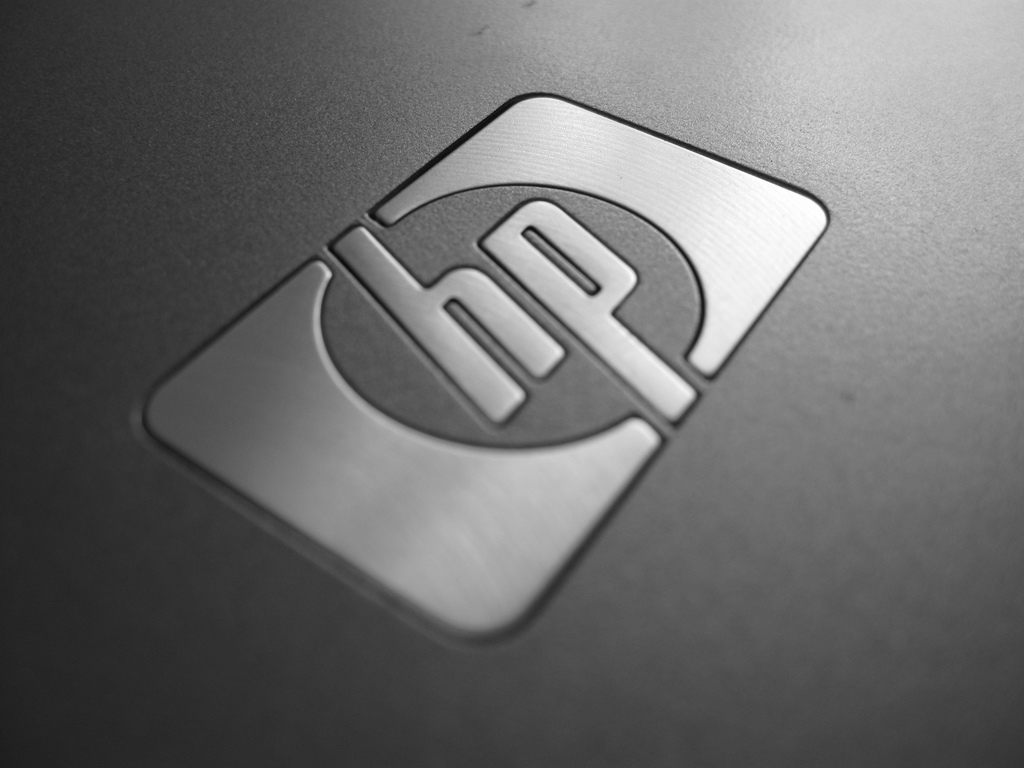 HP released its first quarter earnings this afternoon after the stock market closed, and surprisingly, the news was actually not all bad.

It’s better than HP’s outlook in November, when the company had just reported bad numbers and came clean on a bad acquisition. And it’s much better than the second quarter of 2012, when HP faced its biggest-ever quarterly loss.

CEO Meg Whitman was cautiously optimistic about the results:

“We beat our non-GAAP diluted EPS outlook for the quarter by $0.11 per share, driven by improved execution, improvement in our channel and go-to-market efforts and the impact of the restructuring program we announced in May 2012,” Whitman said in a statement. “While there’s still a lot of work to do to generate the kind of growth we want to see, our turnaround is starting to gain traction as a result of the actions we took in 2012 to lay the foundation for HP’s future.”

HP shares are up with the news, jumping to $18.50 in after-hours trading:

Another good bit of news: Cash flow from operations was up 115 percent from Q1 2012 to $2.6 billion. In addition, HP reduced its overall debt by more than $1 billion — for the fourth consecutive quarter. If the company continues to improve like this — and can start to increase revenue in some business groups — we might even have to say HP is back sometime soon.

We still see some major signs of trouble, however. Although HP may have stemmed the bleeding with ferocious attention to cost control and limiting expenditures, its income is down almost across all its business units:

And one thing we absolutely have to see from HP before any sort of comeback is even possible is a coherent mobile strategy.

Currently, smartphones are buried on HP’s website in a category labeled “HP Smartphones & Calculators.” This is not a joke … or at least not one of my making: 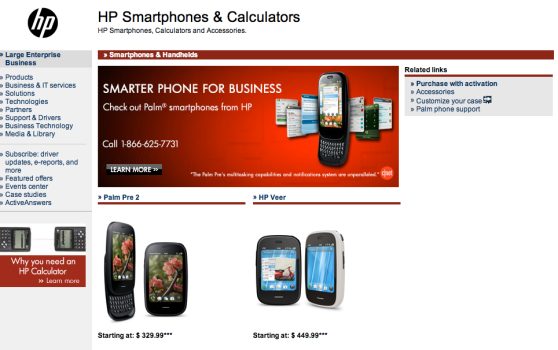 Listed is the superpopular and ultramodern Palm Pre 2 and the HP Veer. Yeah, the HP Veer.

Whitman has previously stated that HP will not be releasing a new smartphone until 2014, which seems slow and suicidal. One ray of light: It’s reportedly working on Android-based tablets and phones. But without an aggressive product and marketing strategy, it’s approaching the too-little, too-late moment.

Unless HP wants to give up on the consumer market entirely.