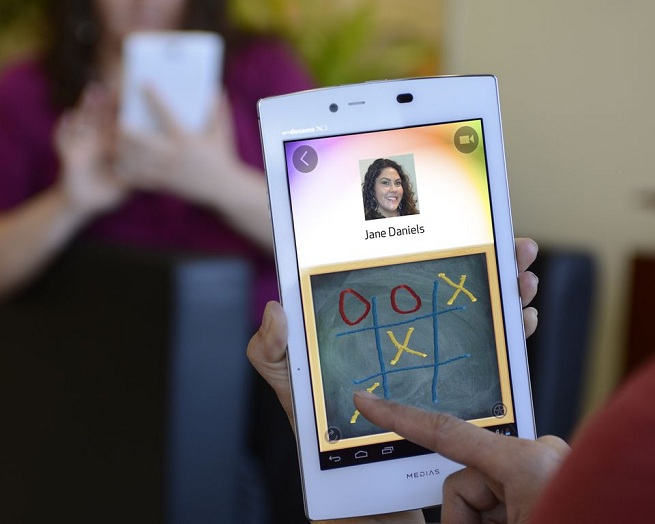 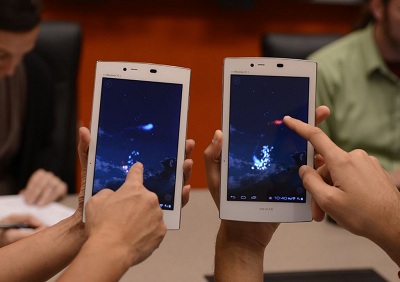 That’s the view of Immersion, the maker of haptics, or electronics that deliver touch feedback — such as a vibration or the sense of a button being pushed — through touchscreens and other devices. Today, it is launching a way to get more touch-feedback technology into more devices, mainly by designing user interface experiences that device makers can easily adopt.

The company has shipped more than 550 million TouchSense products.

Founded in 1993, Immersion always has a tough sell because its touch technology adds cost to a system, and you can’t always describe why it makes the experience of using a device better.

But the San Jose, Calif.-based company argues that mobile communications devices can feel lifeless, isolated, and detached if they don’t offer feedback to the user.

“Everyone is familiar with the idea of telepresence, the notion that while we’re talking on a phone, we create a shared audio space with others. With Tactile Presence, we have extended the idea of a shared space to include the sense of touch,” said Immersion’s Chris Ullrich, vice president of user experience. “The sense of touch is fundamental, emotive, and creates a strong sense of connection. With Tactile Presence, OEMs [original equipment manufacturers, or gadget makers] can harness this powerful sense to create more satisfying mobile telepresence experiences.” 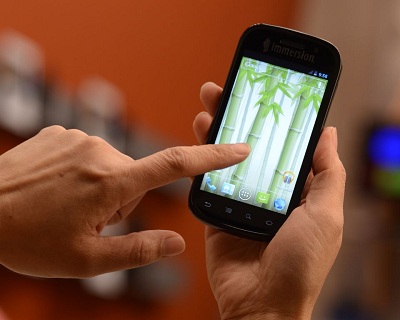 The company will be demonstrating its new Tactile Presence and Integrated Themes solutions at the Mobile World Congress event in Barcelona, Spain, next week.

Immersion still hasn’t sold Apple on the idea, but the Android operating system from Google has supported haptics since the 2.1 version of the software. 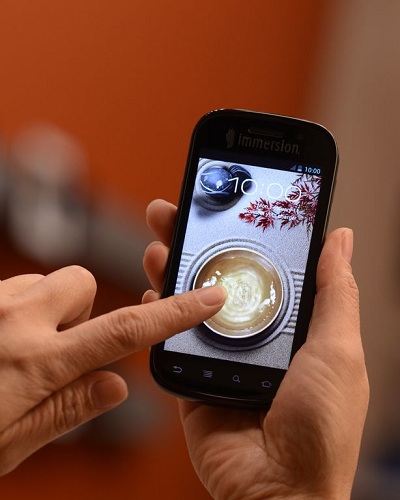 When it comes to confirmation, Immersion says getting feedback in your finger improves your confidence that you have performed an action such as pushed a button. It also improves accuracy, usability, and intuitive interaction.

Realism is another important result of haptics. A button feels like a button when you push it. It creates the illusion of physical reality in a device that is trying to deliver an illusion to you for the sake of entertainment. And once you interact with haptics, you can recall the effects from the memory of the touch feedback alone, Immersion argues.

Immersion believes that brand messages can be delivered through touch. Intel’s famous computer sounds became familiar to people from its commercials. But the same kind of brand recognition could be delivered through the unique feel of an object as well. Brand makers will be able to tap this technology starting in the second quarter, Immersion said.

In a design style dubbed skeuomorphic, Immersion says that product designers at Samsung created a water-like effect using sounds of droplets and visuals of those droplets hitting the water. You can enhance that feeling by adding a sense of touch to the feel of the drops as they splash in the water. Customers who tested the effect said they could “feel the water” even though they weren’t touching real water.

And when it comes to rich communications — like communicating one lover’s touch to another through a phone — haptics can work wonders. You could, for instance, create an app where you can tap on the phone and the person on the other side of the phone call could feel the vibrations on the phone. Immersion calls these effects “touch trails.” This kind of “tactile presence” technology will be available to gadget makers in the second half of 2013.

To make it easier for developers, Immersion provides an applications programming interface (API) to implement the effects in smartphones or tablets.

Over time, Immersion’s technology has gotten less expensive. And the company says that haptics effects consume only about 2 percent of a smartphone’s processing power, as long as the device uses Immersion’s TouchSense embedded software. Without that software, the haptics use about 7 percent of the processing power.