You can read all of our PlayStation 4 coverage here.

It’s real. The PlayStation 4 is no longer a rumor even if we don’t know what it looks like. Sony’s decision to announce a new console four months before the Electronic Entertainment Expo (E3), a game industry trade show that takes place in Los Angeles every June, means that the PS4 gets the gaming public’s full attention. It’s not competing for the spotlight against rivals Microsoft and Nintendo.

Gamers were watching closely. GamesBeat gathered a handful of reactions from Twitter and popular gaming forum NeoGAF to gauge the Internet response to “Panty Raid” engines and Square Enix’s uneventful announcement, among other points of interest. 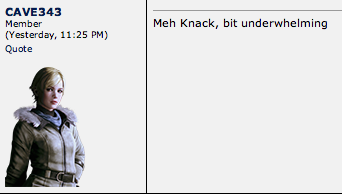 Sony didn’t show off the console, and fake Kaz Hirai, a parody Twitter account of the president and CEO of the Sony Corporation, has something to say about that:

I am proud to announce the PS4 is the worlds first invisible game console!

In the minutes leading up to the event, fans were tweeting about their expectations:

I'm expecting lots of Vidya games and 599 US Dollars. #PS4

I thought it would be appropriate to watch the PS4 launch on the PS3 but that doesn't seem to be possible. Who's the idiot – me or Sony?

Mark Rein, the vice president and co-founder of Epic Games, which develops Gears of War and the Unreal Engine:

As a lover of new IP I'm a bit bummed by the lack of it from the ps4 news.

Nick Chester, the publicist at Harmonix:

They're going to show the PS3 Killzone 2 demo, but it'll actually be the game this time!

The fanboys didn’t waste any time bashing the PlayStation 4:

This is going to be shit #ps4 #playstation #teamxbox http://t.co/W5FsUbndPv

Ps4 just got announced. Not going to be that great #teamxbox

So to sum up, Watch Dogs and Capcom stole the show, Square Enix just embarrassed themselves.

Square-Enix understands that it's only graphics that make great games, not gameplay.

square enix showed a tech demo and had a guy say "please be excited for new Final Fantasy". nice job at your job

Ever have a dream where you were at a final you hadn't studied for? That just happened to Square-Enix in real life. #playstation2013 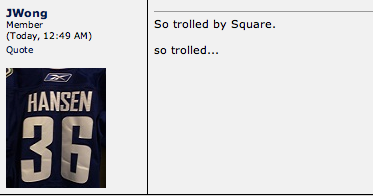 I like the scary music accompanying the Capcom representative. #playstationstream

Panta Rhei sounds like cake #ps4 I hope its delicious

Panty Raid Engine might be the closest this generation gets to "Riiiidge raaacer!". I'm ok with that. #PS4