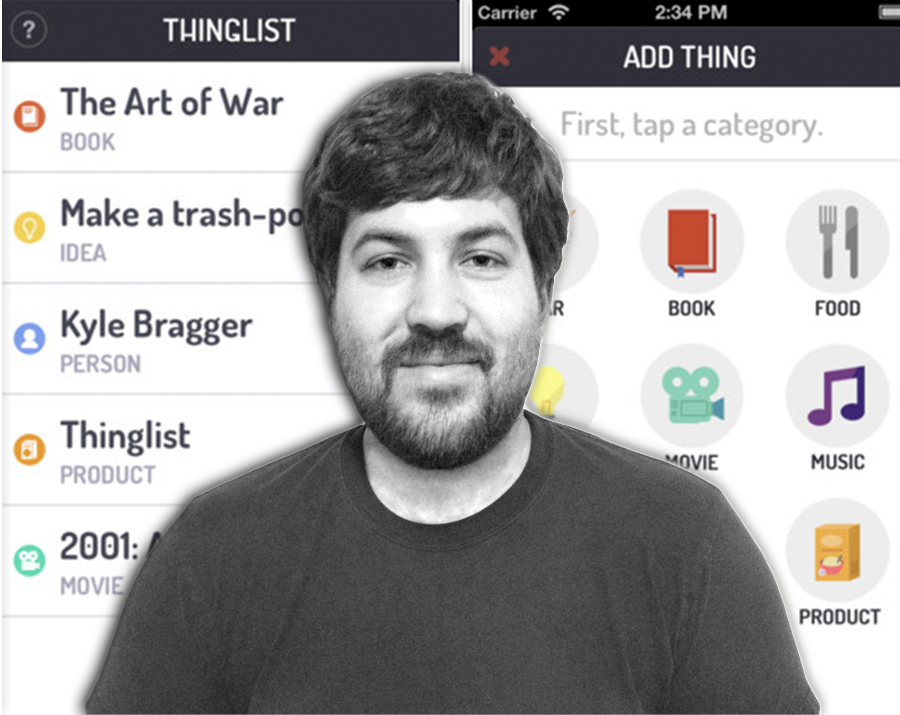 Kyle Bragger is one of those hackers we love to follow. He does good work — pretty apps that fulfill simple needs. His latest launch is Thinglist, an app that gives you an easy, private way to remember stuff you don’t want to forget.

When last we chatted with Bragger a month ago, he told us he was kicking around a solution for curated lists.

“I used to be a pretty avid Pinboard user, but I started realizing that my own usage of the service was very much write-only; I’d drop links in and literally never read them again,” he said.

At the time, he was talking about Sets, an app for curated, shareable lists of stuff. Today’s launch, he said via email, is a new idea and a wholly different app.

Thinglist, unlike Sets, is not shareable. And it’s not a themed collection of cool links; it’s just a list. Of things. Like it says.

It’s for all those moments in life when you have something you have got to remember — to call someone, the name of a restaurant recommendation, that song you’ve been trying to recall and want to cover someday with your nonexistent band. Just tap it into Thinglist, and you’re done.

“Thinglist. It’s a list of things.” Now that’s some marketing copy we can get behind.

In addition to being a list of things, Thinglist also boasts pretty design featuring a fresh color scheme and a killer typeface (Dosis, a free web font and a rounded sans serif, which Bragger & Co. must have heard is one of the hotter typography trends right now, just sayin’).

Bragger is currently employed at hacker collective Elepath. He sold his last big launch, dev/design community Forrst, to Colourlovers last year (which, unfortunately, turned out rather poorly and saw Forrst reacquired by Zurb less than a year later).

Thinglist can be had for a measly two bucks; go buy it and support a great indie dev shop, why don’t you?